Even if You Host Your Own Email, Google Still Sees Half of It 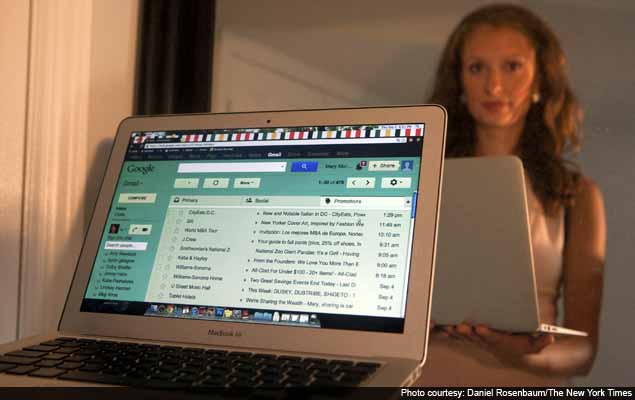 If you're interested in maintaining privacy and control over your email, then it's likely that you're not using Gmail - but it might be a futile step because just about everyone else is using Google's email, and that means that the company has access to most of your email anyway.

For almost 15 years, I have run my own email server which I use for all of my non-work correspondence. I do so to keep autonomy, control, and privacy over my email and so that no big company has copies of all of my personal email.

A few years ago, Iwas surprised to find out that my friend Peter Eckersley - a very privacy conscious person who is Technology Projects Director at the EFF - used Gmail. I asked him why he would willingly give Google copies of all his email. Peter pointed out that if all of your friends use Gmail, Google has your email anyway. Any time I email somebody who uses Gmail - and anytime they email me - Google has that email.

Given how many people these days use Gmail it stands to reason that you're going to send a lot of replies to people who are using the service. The company had earlier announced crossing 425 million users in 2012, and more recently, the Gmail app crossed 1 billion downloads.

To measure just how many people that actually meant, Hill ran a few tests on his own account. First, he measured the number of emails from Gmail that he was receiving, and found that nearly one in three emails came from Gmail. This included emails from subscriptions, newsletters and banks though, and to cross-check the results, Hill also ran a test to see how much of his sent mail was going to Gmail, since this would measure actual people he was talking to, doing away with all the automated email we receive.

What he found was that the proportion was significantly higher - over half of all mails Hill sent were going to Gmail! He writes:

Despite the fact that I spend hundreds of dollars a year and hours of work to host my own email server, Google has about half of my personal email! Last year, Google delivered 57% of the emails in my inbox that I replied to. They have delivered more than a third of all the email I've replied to every year since 2006 and more than half since 2010. On the upside, there is some indication that the proportion is going down. So far this year, only 51%of the emails I've replied to arrived from Google.

Of course, while Hill's research concerns itself solely with Google, this is a wider issue - as long as the majority of people are using email services like Gmail, or Outlook or Yahoo Mail, the privacy concerns thatHill raises are valid. Once you take into account the various providers, it's safe to assume that even if you're being very careful about your own privacy, the vast majority of emails that you have ever written are available for snooping, by private firms for advertising, and government bodies for more worrying uses.