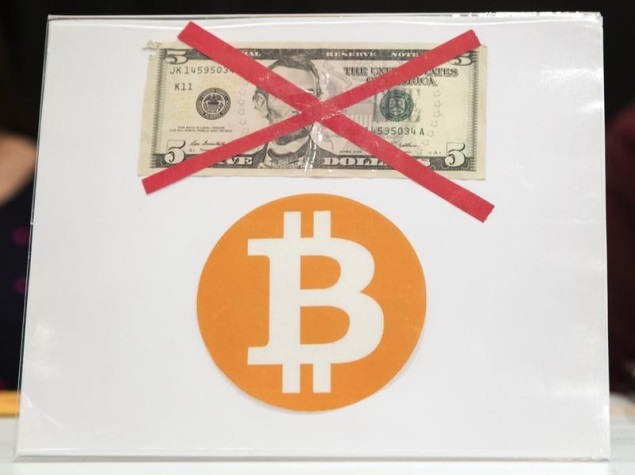 Banks in the European Union should refrain from offering customer accounts in virtual currencies like Bitcoins until regulatory safeguards are in place, the bloc's banking watchdog said on Friday.

The EU's executive European Commission responded by saying it was imperative to look quickly at possible regulation.

Bitcoin, the best known of the 200 or so computer-generated currencies, started circulating in 2009, and acceptance has been growing as more merchants allow customers to pay for goods and services in the currency.

Virtual currencies, which unlike conventional money are not backed by a central bank or government, have come under particular scrutiny since Tokyo-based exchange Mt. Gox went bankrupt in February after losing an estimated $650 million worth of customer Bitcoins.

The European Banking Authority (EBA) in a study published on Friday proposed a new regulatory framework along with advice to banks to steer clear of virtual currencies until rules are in place.

So far there has been no coordinated, global approach to regulating virtual currencies, making the EBA plans the first comprehensive blueprint. No country has yet given virtual currencies legal tender status.The advice to banks would still allow financial firms to maintain a current or checking account relationship with businesses active in virtual currencies, it added.

Among the new rules it wants to see in place is a requirement for the currency exchanges to hold capital so that if they go bust, as in the case of Mt. Gox, there are resources to cushion customers.

The EBA study identifies more than 70 risks to users, market participants and to the financial system, such as money-laundering and other financial crimes, from the spread of virtual currencies in an unregulated market.

Too serous to ignore
The watchdog is particularly alarmed at how a group of so-called miners - who unlock new Bitcoins online - have taken control of the currency, allowing them to block transactions if they want to.

The EBA said rules are needed so that when a virtual currency scheme is created, it cannot be changed at a whim just because someone has enough computer power.

It is also concerned that miners, payers and payees can remain anonymous, while IT security cannot be guaranteed and the financial viability of some market participants remains uncertain.

Rules were also needed on how virtual currencies are operated, ensure customer money is kept separate, and require the setting up of bodies that are accountable for each virtual currency, the EBA said.

"Based on this assessment, the EBA is of the view that a regulatory approach to address these risks would require a substantial body of regulation," the watchdog said.

It will be up to the EU's executive body, the European Commission, to propose draft rules that would need approval from the bloc's member states and European Parliament.

"It is imperative to move quickly on this issue. The potential for money laundering and terrorist financing is too serious to ignore," Hughes said.

Banking regulators from all 28 EU states have approved the EBA advice.