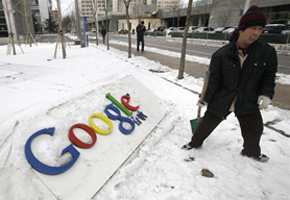 The EU antitrust chief on Friday gave Google until early July to say how it would change its business practices to settle an investigation into possible abuse of a dominant position.

"I want to give the company the opportunity to offer remedy proposals that would avoid lengthy proceedings," EU Competition Commissioner Joaquin Almunia said in a speech on Friday.

"By early July, I expect to receive from Google concrete signs of their willingness to explore this route."

Almunia sent a letter to Google on May 21 describing its concerns over Google's practices. The letter said that an 18-month investigation showed Google might have favoured its own search services over rivals, among other concerns.

In May, Google said it disagreed that it was in violation.

Almunia said in his speech that if Google's proposals turned out to be unsatisfactory, the European Commission would take formal proceedings through a "statement of objections", or charge sheet.

"I strongly believe that users and competitors would greatly benefit from a quick resolution of the case," he said.

"It is always better to restore competition swiftly in fast-moving markets, provided of course that the companies concerned are ready to seriously address and solve the problems at stake."
Comments