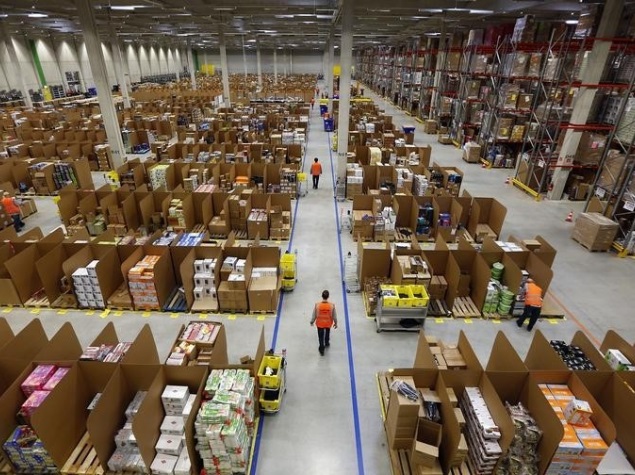 Amazon has delayed the delivery of some Hachette Book Group titles and removed an option to pre-order "The Silkworm," by Harry Potter author J.K. Rowling writing as Robert Galbraith.

The companies themselves - Hachette, the fourth largest U.S. book publisher, is owned by France's Lagadere SCA - have not given details about the basis for the dispute but several media reports have indicated it is over the pricing of e-books.

(Also Read: Hachette's Chief on Front Lines in Fight With Amazon Over E-Books)

Amazon has been accused before of using hardball tactics in fights with book publishers which have angered book lovers but antitrust experts have said that regulators like the European Commission are unlikely to intervene in what appear to be business disputes.

In December 2012, European Union regulators ended an antitrust probe into e-book prices, accepting an offer by Apple and four publishers to ease pricing restrictions on Amazon and other retailers.

The decision handed Amazon a victory in its attempt to sell e-books cheaper than rivals in a fast-growing market that publishers hope will boost revenue and customer numbers.

In the meanwhile, on Wednesday, J.K. Rowling added a subtle comment under her pen name Robert Galbraith about the standoff between her publisher and Amazon.com.

The "Harry Potter" author noted in a tweet from @rgalbraith that there are "lots of ways to order" her novel "The Silkworm" in the U.S., as "Amazon kindly suggest(s)." Rowling spokeswoman Rebecca Salt confirmed that the twitter account was authentic.

Amazon is in a contract dispute with Rowling's U.S. publisher, Hachette Book Group, and isn't accepting pre-orders for "The Silkworm" and other Hachette releases. "The Silkworm," Rowling's second Galbraith detective novel, is out June 19.

Hachette authors James Patterson and Sherman Alexie and non-Hachette author John Green are among those who have strongly criticized the Seattle-based online retailer. Amazon has suggested negotiations will be prolonged and customers in the meantime can buy Hachette books from its competitors. As of late Monday afternoon, "The Silkworm" was No. 10 on Barnes & Noble.com.