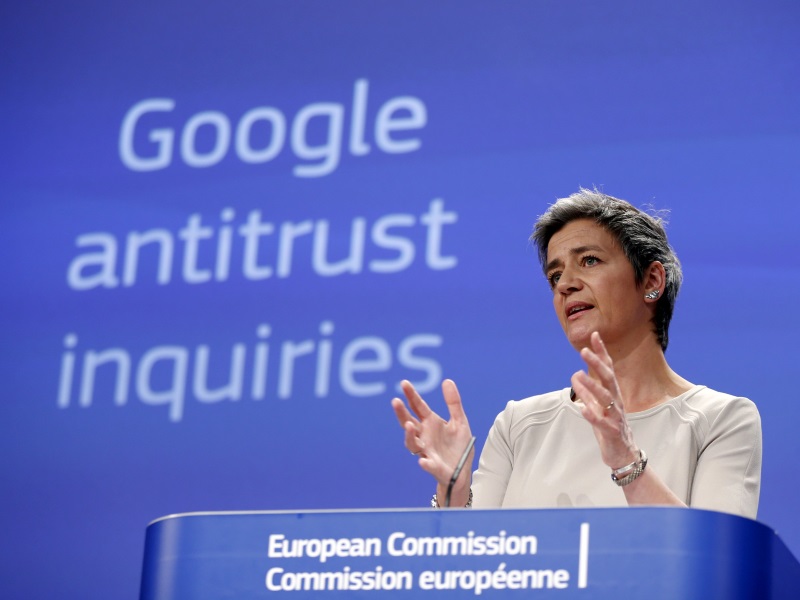 Europe's antitrust chief dismissed on Friday accusations of anti-US bias over her decision to go after Google for abusing its Internet search dominance and Apple over an Irish tax deal, saying such talk was a fallacy.

European Competition Commissioner Margrethe Vestager's robust defence of her actions came after she was criticised in the US media for a spate of cases opened over the past year against US giants such as Google, Apple, Amazon and Starbucks.

Some critics have accused EU regulators of seeking to protect European companies from US competitors.

Vestager rejected the criticism, saying the nationality of companies played no role in her assessment.

"Some claim that our cases involving Internet giants such as Apple or Google are evidence of bias. Well, that is a fallacy," she said in the text of a speech to be delivered at the Foreign Policy Association in New York.

"Yes, US companies are often involved when we investigate the digital industry. But you will also see many Japanese firms in our car-part cartel cases," she said.

She said data on cartel fines and mergers also showed no geographic bias.

The European Commission is now studying Google's response to antitrust charges of favouring its Google Shopping service over rivals. It is also investigating the company's popular Android operating system for smartphones.

Amazon is in the EU's crosshairs for a Luxembourg tax deal and Starbucks for a Dutch tax arrangement.