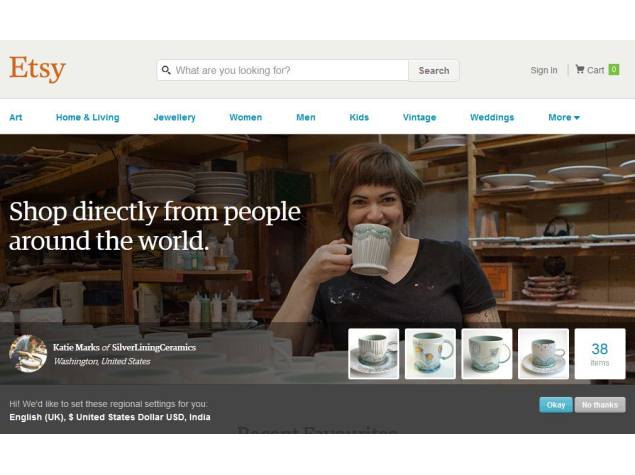 Online marketplace Etsy on Monday announced it has acquired an online emporium for handmade goods in France.

Etsy did not disclose how much it paid for A Little Market, which it said is the sixth and largest take-over by the Brooklyn-based company since it launched in 2005.

US media reports valued the deal at less than $100 million.

"A Little Market has built a community and business that we admire", Etsy chief executive Chad Dickerson said in a release.

"Their approach - values-led and community-focused - is consistent with what Etsy is about, and together we are incredibly well positioned to reimagine commerce in France."

Etsy said that its business is France is more than 90 percent import export, and the acquisition provides opportunity to focus more exclusively on the domestic market in that country.

A Little Market co-founders Nicolas Cohen and Nicolas d'Audiffret will run the company from their Paris offices, independent of Etsy's operations.

"We're excited by the opportunity that this partnership will bring," Cohen and d'Audiffret said in a release.

"French consumers are eager for goods made in France by local artisans and makers and we will continue to expand our brand domestically."

Etsy is an Internet Age spin on a crafts fair, providing an online market where people sell hand made or vintage items.