Enter the UCLA room where the Internet was born 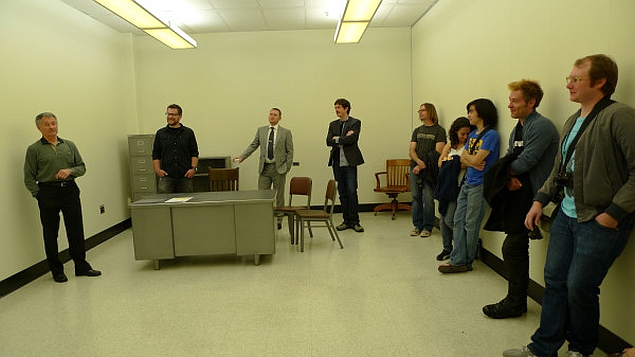 For those who were born 29 October 1969, the date is quite memorable. It was on this day that Internet too came to life.

Now, the room from where the first message over the Internet was sent, only to have the computer crash after sending just two letters, has now been re-opened as a functional computer lab.

The staff at Room No. 3420 of Boelter Hall at University of California - Los Angeles (UCLA), communicated 45 years ago with the staff at Stanford University, using the SDS Sigma 7 computer, which is a refrigerator-sized machine that was used to host the first message sent over the Internet.

"This machine is where the Internet breathed to life and spoke its first words," said Leonard Kleinrock, then computer scientist and the brain behind the idea.

In 1969, the first node was placed at UCLA and the second at Stanford. That two-node transmission marked the birth of Internet.

The first message was supposed to be 'log in' but the system crashed after the letters 'L' and 'O' were transmitted.

About an hour later, having recovered from the crash, the SDS Sigma 7 computer sent a full 'log in'.

The first permanent link was then established 21 November 1969, between the IMP (interface message processor or router as we know today) at the UCLA and Stanford.