On Sunday, the Tesla CEO had implied in a Twitter exchange that the electric carmaker was dumping the rest of its Bitcoin holdings 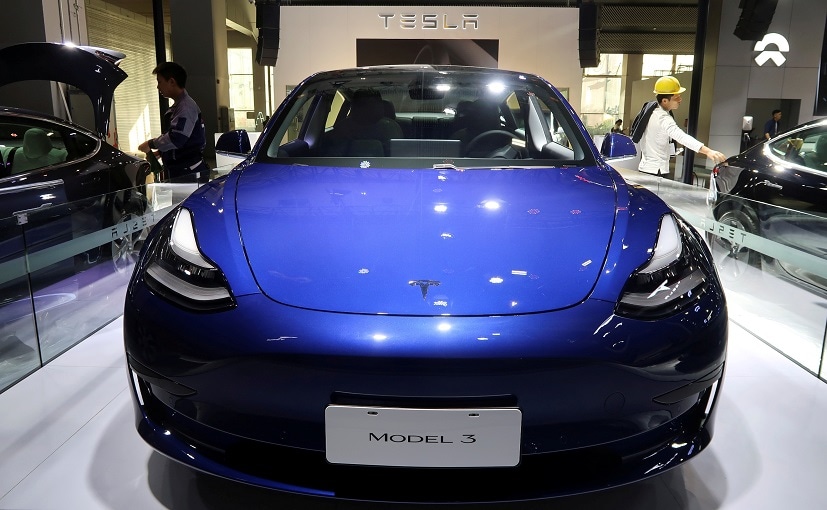 After Tesla stopped accepting Bitcoin, people speculated that it is dumping the cryptocurrency

Elon Musk has clarified that Tesla “has not sold” any Bitcoin, putting to rest speculation on social media over the past couple of days that his electric vehicle-making company was dumping the world's largest cryptocurrency over environmental concerns. The clarification from the billionaire tech tycoon came a day after he indicated in a Twitter exchange that Tesla has sold or may sell part of its Bitcoin holdings, crashing the cryptocurrency to one of its lowest values in recent times. As a result of Musk's tweet on Monday, the value of Bitcoin recovered partially, trading at $45,417 according to Coindesk, as of 11 am IST on Tuesday.

Musk's tweet was in response to a Twitter user's post who blamed the Tesla and SpaceX CEO for the tumbling price of the world's largest cryptocurrency.

The user with the handle @BTC_Archive said that the price of the cryptocurrency was “down 20 per cent” since Musk's posts, and asked his followers if they were still wondering “why some people are mad”. In response, Musk replied, “To clarify speculation, Tesla has not sold any Bitcoin.”

Bitcoin is down 20% since @ElonMusk started shitposting.

And you wonder why some people are mad? ???? pic.twitter.com/WDMvcptFsK

To clarify speculation, Tesla has not sold any Bitcoin

Earlier, on Sunday, when a Twitter user suggested that those owning Bitcoin (price in India) would be disappointed next quarter when they would find out that Tesla had dumped the rest of its holdings, Musk had replied, “Indeed”. This Twitter exchange implied that Tesla has sold or may sell the rest of its Bitcoin holdings.

Bitcoiners are going to slap themselves next quarter when they find out Tesla dumped the rest of their #Bitcoin holdings.

With the amount of hate @elonmusk is getting, I wouldn't blame him…

In February this year, Tesla revealed that it has bought $1.5 billion (roughly Rs. 10,990 crore) worth of Bitcoin. Subsequently, the electric carmaker said it would accept the cryptocurrency as payments.

But last week, Musk put out a Tesla statement that said the company was suspending Bitcoin payments because of rapidly increasing use of fossil fuels for Bitcoin mining and transactions.

The abrupt announcement to discontinue Bitcoin payments came as a shock to many who wondered whether Musk was recalibrating his approach to cryptocurrencies. Then, too, he had to clarify that he supported digital currencies but they needed to become energy-intensive.

Musk has been an ardent supporter of cryptocurrencies once saying they could become the future currency of the Earth. Last week, he said he was in talks with Dogecoin (price in India) developers to improve “system transaction efficiency”.