DuckDuckGo app is not working either Airtel mobile or broadband connection. 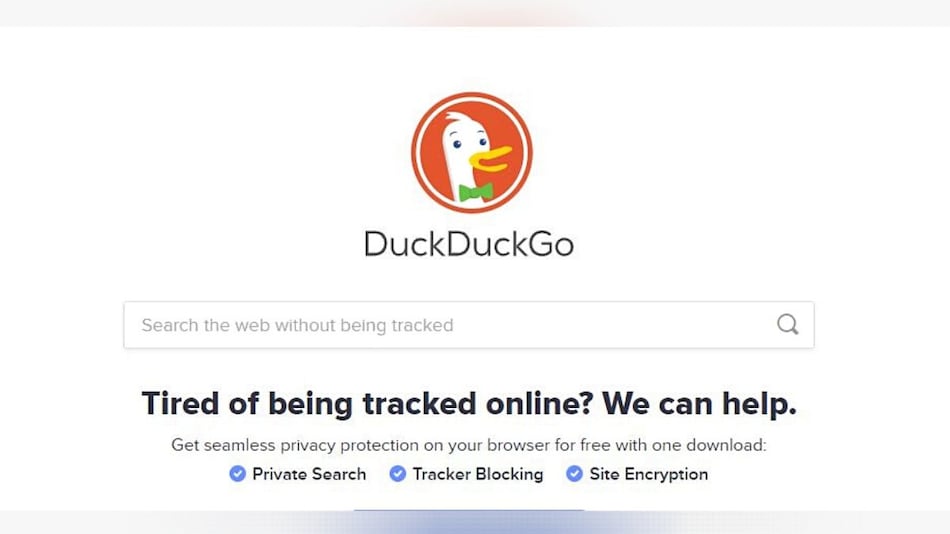 DuckDuckGo, the privacy-oriented search engine site appears to be blocked in India. The development was spotted after several users over the Internet pointed out that they were unable to access the website on their PCs and smartphones via Airtel and Reliance Jio mobile networks. The block is also reported on Airtel broadband connections. Gadgets 360 has reached out to both Airtel and Reliance Jio for more details over this matter.

The US-based DuckDuckGo seems to be blocked days after the government banned 59 Chinese apps in India. The government had said the apps posed a risk to India's security and were prejudicial to the country's sovereignty and integrity. However, neither the government nor telco operators like Airtel and Reliance Jio have clarified the reasons for blocking DuckDuckGo in India.

Meanwhile, DuckDuckGo acknowledged getting user reports about the issue and noted that the disruption was not from its end. The search engine also said that it was working with ISPs to understand why it was not accessible to some users.

To our users in India: We've received many reports our search engine is unreachable by much of India right now and have confirmed it is not due to us. We're actively talking to Internet providers to get to the bottom of it ASAP. Thank you for your patience.

Following this development, several users took to social media platforms, expressing anger against what seems like an arbitrary decision. The Internet Shutdowns watchdog handle run by the Software Freedom Law Centre tweeted that it was unable to access the DuckDuckGo website on Airtel India connections.

We are not able to access @DuckDuckGo search engine from @airtelindia. Please let us know if you are able to connect to it through your internet service provider. @SFLCin

Not working for me on Jio what happened @JioCare @DuckDuckGo? https://t.co/yD7docJxnY

Several users also took to Reddit after they were unable to use DuckDuckGo on their PCs and smartphones via Airtel and Jio connections.

Meanwhile, several users have pointed out that the privacy-focused search engine worked with VPN.

This is not the first time telcos are found to be blocking privacy-oriented platforms in the country. Last year, Reliance Jio arbitrarily blocked access to Telegram website. The Mukesh Ambani-led company had also blocked VPN and proxy websites in India.