Free-tier users can share files up to 100MB only, and these files will expire within seven days. 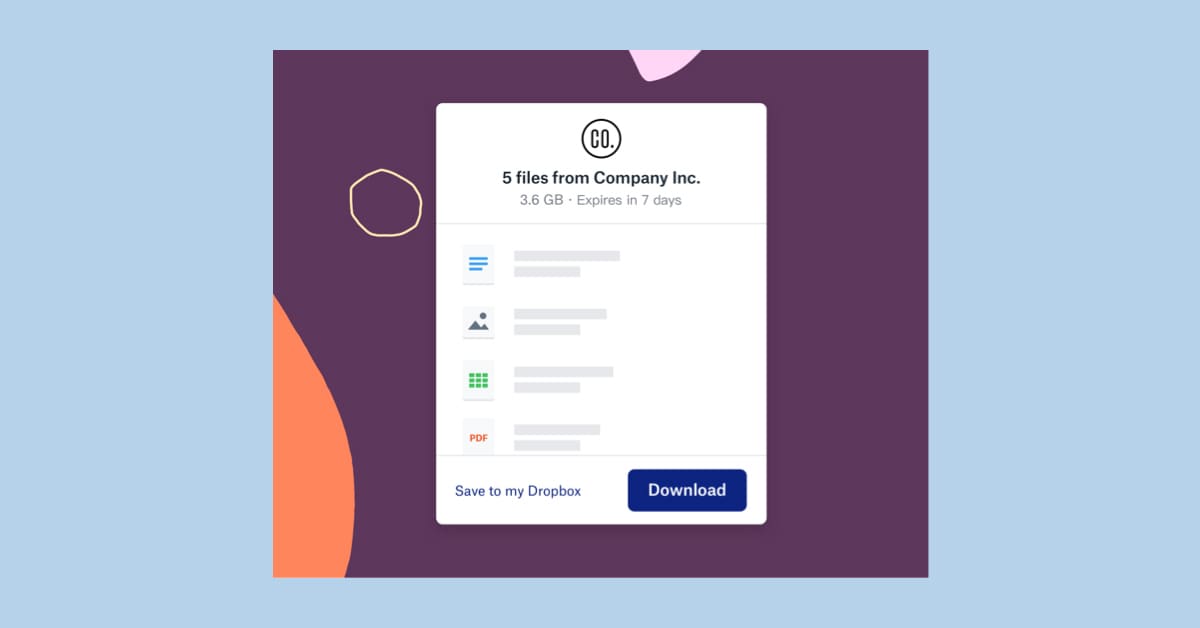 Dropbox Transfer, a service that allows users to transfer large files easily, is now available for all users. The feature was announced back in July, and after four months of testing, it is now available for all, at different price points. There's a free version of Dropbox Transfer as well, which offers limited functionality, and the benefits increase with the kind of subscription you currently have, or are willing to take. The company claims Dropbox Transfer is a quick and secure way to share large files with anyone, including people who don't have a Dropbox account. You can send files using a shareable link or by sending an email to intended recipients.

With Dropbox Transfer, users can transfer large files, with sizes as large as 100GB. Free-tier users can share files up to 100MB only, and these files will expire within seven days. Dropbox Professional, Business, Advanced, Enterprise, or users on the Education plan can send files as large as 100GB, and customise an expiry time of up to 90 days. Dropbox Plus and Business Standard subscribers can transfer files up to 2GB in size, but the expiry date will only be seven days.

Dropbox Transfer stable rollout brings some improvements as well, like the ability to use this feature in the iOS app and on desktop as well, apart from Dropbox.com. Users on the iOS app can also access transfers sent to them as well.

The Dropbox Transfer service comes with features like the ability to customise their file transfer using options like password protection and expiration date. You'll be notified on when your transferred files are downloaded, and data on viewership stats will also be provided. Dropbox says that it is rolling out Transfer to users on all Dropbox plans starting today, after testing it for a while.