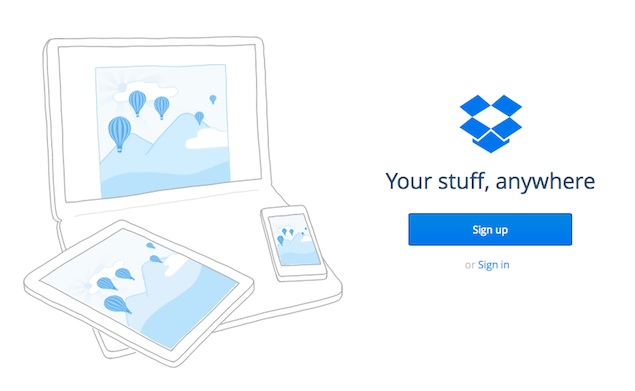 Dropbox, the file sharing and cloud storage service provider, has recently bought out an early stage startup called Droptalk. The acquisition comes barely days after the announcement that it has crossed the 300 million user mark. Droptalk was working on developing a tool that allowed users to share links privately with friends via a Chrome extension, which would then be followed up by both iOS and Android applications. Incidentally, none of the products were available publicly as Droptalk had only very recently launched its browser add-on in a limited beta.

The terms of the Dropbox-Droptalk deal were not disclosed. Droptalk was founded a year ago by a team of ex-engineers from Facebook and LinkedIn, with the idea of changing the way people communicated and got their work done. In a post on the Droptalk blog, the team writes, "With Droptalk all your communications happened in the browser, tablet or phone, eliminating the need for emails. What's more is anytime you updated your shared folders in the cloud, everyone else in the conversation could see the updated version and go directly to the document or link right in the very same thread."

Perhaps there are reasons outside the name which spiked up Dropbox's interest in Droptalk. In addition, to web sharing features, the tool also synced via the cloud, where users could see who was uploading what files or updating them to the common folder. This was combined with a message-like interface. Droptalk was working on integrating mobile messaging with cloud storage combined. Droptalk's team, comprising Rakesh Mathur, Ashish Bhardwaj, Anand Prakash, Manveer Chawla and Nirmesh Mehta, will be joining the Dropbox team.

In the blog, which detailed the acquisition of Droptalk, the team further writes, "As part of our transition to Dropbox, we are no longer accepting new beta signups. We would like to thank all the people that took part in our beta and gave us valuable input. We are grateful for your support and we will keep you updated as we join forces with Dropbox to make collaboration easier for everyone. Our team will be joining Dropbox today."

It is important to remember that Dropbox had recently acquired the workplace chat solutions provider Zulip, as well as personal photo-stream app Loom and collaborative document tool Hackpad.