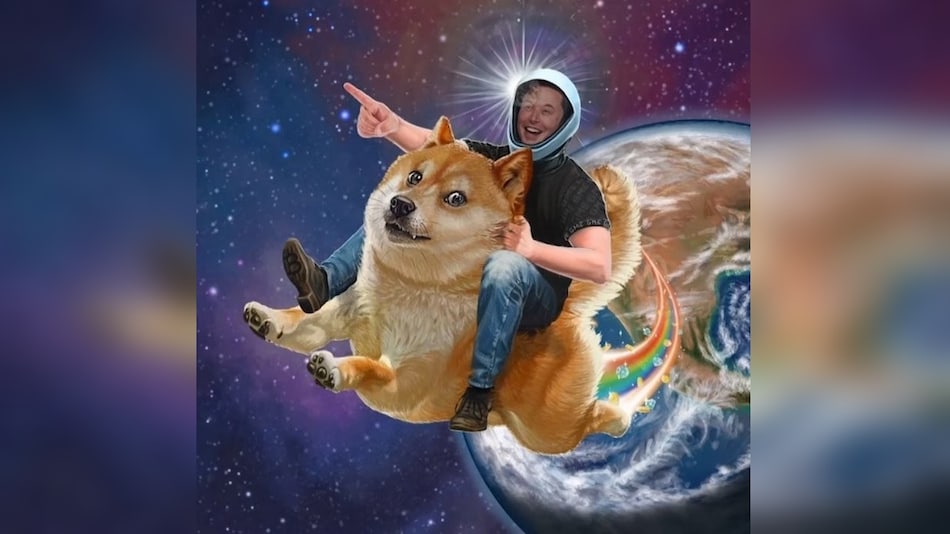 Dogecoin spiked nearly 400 percent in just the last one week. If you are on Twitter, you know there's one billionaire capable of making or breaking the market at the drop of a tweet. It's Elon Musk, the Tesla and SpaceX CEO. There are occasions he drops hints of what to do or not to do and it changes the direction of the market completely. One of his favourite topics, these days, seems to be cryptocurrency. Among the ones that seem to have piqued his curiosity the most is Dogecoin, which started as an Internet meme in 2013, but is now among the world's top five cryptocurrencies with a market capitalisation of nearly $40 billion (roughly Rs. 2.98 lakh crores).

On Friday morning, Musk tweeted a photograph of artwork by Joan Miro, a Spanish painter and sculptor. And the billionaire captioned it, "Doge barking at the moon."

Doge Barking at the Moon pic.twitter.com/QFB81D7zOL

On Friday night, following the massive boost Dogecoin received throughout the day, the Tesla CEO was at it again. This time, though, he replied to one of his tweets from July 18, 2020. The original tweet is a meme showing a massive dust storm having a “Shiba Inu” dog face ready to envelop the world, which he mentioned as a global financial system.

Responding to this tweet, Musk merely shared an emoji of eyes, trying to tell the world that he stood vindicated following Dogecoin's massive gains.

Users on Twitter started reacting to the latest tweet by the tech billionaire and some even lauded him for getting his predictions right.

"So either 1) you have a time machine or 2) you're the greatest memer of all time. Or both!" wrote a user.

Another one shared a meme of his own, showing the battle between various global currencies that ended in Dogecoin's victory.

DOGE Is taking over???? pic.twitter.com/OuWxfAF4qt

Musk has long been an ardent supporter of cryptocurrencies. In January this year, Tesla invested a mammoth $1.5 billion (roughly Rs. 11,181 crores) in Bitcoin, the world's largest virtual currency, which closed at $61,822.06 (roughly Rs. 46.08 lakh) on Friday night.

Speaking of how big a fan he appears to be of Dogecoin, Musk had once changed his Twitter bio to “Former CEO of Dogecoin”. Besides him, other celebrities such as rapper Snoop Dogg and rock musician Gene Simmons have also promoted the cryptocurrency on social media.

Oppo A94 5G Launched: Here's Everything You Need to Know, From Price to Specifications