DAWN cafe in Tokyo wants to enable a barrier-free and inclusive workplace. 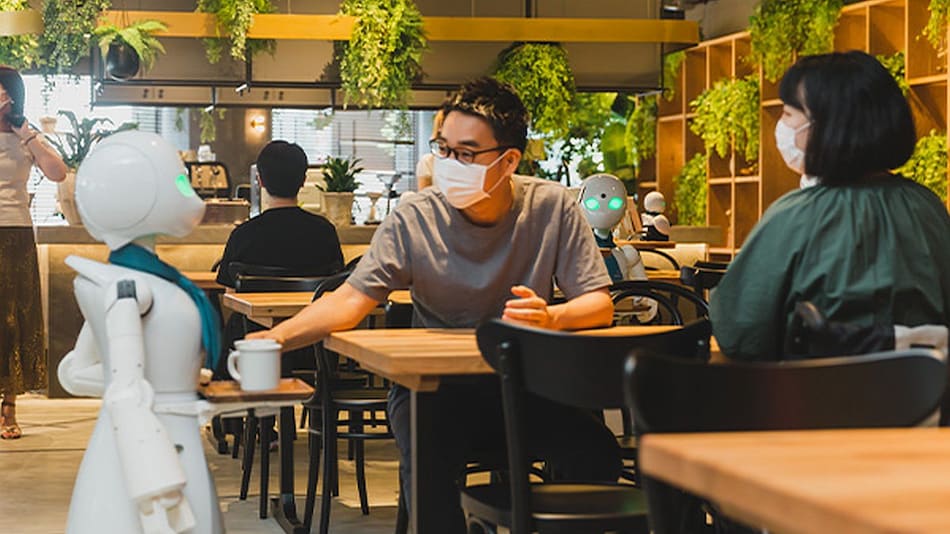 A cafe staffed entirely by robots would generally elicit the usual jokes about the Earth being taken over by androids. However, there is a cafe in Japan that doesn't only use robots for the purpose of novelty. The robots there make a difference. Humans with physical limitations such as amyotrophic lateral sclerosis, also known as Lou Gehrig's illness, operate the robots from remote locations. The people who operate the robots are known as “pilots”. They can use a mouse, iPad, or gaze-controlled remote to control the robots from a wheelchair or a bed.

The Tokyo-based cafe, DAWN, an acronym for Diverse Avatar Working Network, won the grand prize in the Good Design Awards this year for its business model to aid people with disabilities, childcare duties, or other constraints that make it impossible for them to take regular jobs.

The judging committee praised the cafe's efforts for “the development of alter-ego robots”, and said that they expected the cafe to “serve as a starting point for further expansion of contact between people with various disabilities who want work, companies, and consumers”.

Kentaro Yoshifuji, the CEO of Ory Laboratory, the tech start-up behind the cafe, wrote on DAWN's website, that they refer to those “individuals with disabilities as ‘Bedridden veterans'”. Yoshifuji added that the aim of the cafe was to “create and share opportunities for those who want to work, but cannot do so due to their medical or physical conditions” by using “technology as a means to lower the many obstacles that prevent people from participating evenly in society”.

On its official YouTube channel, Ory Laboratory also shared a video about the model where bed-ridden people could interact and engage in meaningful roles with others.

In 2018, DAWN started operating a pop-up cafe. The four-foot-tall robots are known as OriHime-D. Yoshifuji was inspired to create the remote-controlled robot avatars after being bedridden and unable to attend school due to a medical problem.

In the cafe, robots are everywhere. When people walk in, they are greeted by an OriHime bot. Soon, another robot recommends popular items on the menu, such the burger, etc. They take orders, serve food, and even clean up the tables. Each robot has a camera, microphone, and speakers built-in. Apart from the cafe, the robots also work as guides at departmental stores, transport stations, and corporate offices throughout Japan.

In 2018, a report titled ‘Land of the Rising Robots', published by the International Monetary Fund ranked Japan among the “most robot-integrated economies in the world in terms of robot density”. According to the report, there are three robots per human worker in the manufacturing sector.