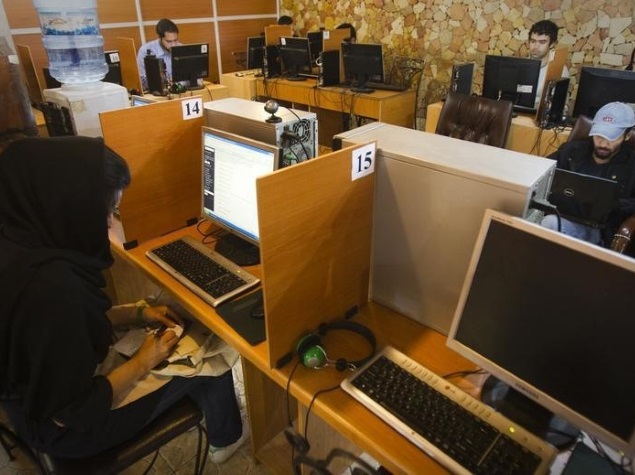 Business leaders pushing for frictionless free trade have something new to worry about: the potential break-up of the Internet, which today forms the backbone of the global economy.

The issue is a hot topic at this year's World Economic Forum in Davos, and the forum is seeking to provide a platform for debate over ways to maintain an open, cross-border Web in the face of pressures for national regulation.

"Is fragmentation happening? Quite frankly, there is a temptation," said Vittorio Colao, chief executive of mobile telecoms group Vodafone , who pointed to different regulatory regimes as an impediment to network traffic.

A growing volume of business relies on the Internet, from tourism to financial services, and the Web has empowered firms, especially smaller ones, to find customers in foreign markets who would otherwise be out of reach.

A 2014 report by the Boston Consulting Group estimated the Internet economy will be worth $4.2 trillion in the major Group of 20 (G20) economies by 2016 and, if it were a country, it would rank among the top five in the world, ahead of Germany.

Yet even as the Internet has become embedded in modern life, its interconnected nature has come under attack from interests ranging from governments to corporate brands decrying copyright abuses or fearing cyber-attacks such as those at Sony.

Seeking to fill these breaches, national governments, courts and regulators are pressing for local controls that could "Balkanise" - or fragment - the network.

Government action is not confined to undemocratic regimes such as China. Countries including Brazil, Britain, India, France and the United States also want to crack down on issues ranging from terrorism to child abuse.

Worryingly for business, Boston Consulting estimated that economic growth was slower than it might have been in countries with limitations on online activity, and the difference could amount to 2.5 percent of gross domestic product.

One media industry chief executive, who declined to be identified, said the issue needed much more attention in the boardroom: "Business needs to be mobilised on this issue in the same way as it is mobilised for free trade pacts."

Internet "taken for granted"
A closed-door meeting held in Davos on Thursday drew together government officials, executives from a mix of industries and Internet technical groups to discuss governance topics.

Company bosses appear to agree that informal moves are not up to that task of keeping the Internet open, but that neither is a U.N.-style top-down approach.

Their best hope at the moment seems to be to lend support to the decentralised network of existing technical and policy forums such as the domain-name overseer ICANN, to address hot topics such as security and privacy.

Last year, the World Economic Forum and ICANN, the Internet Corporation for Assigned Names and Numbers, endorsed a new initiative known as NETmundial to find answers to wider policy issues.

"Businesses have for many years taken the Internet for granted," said Fadi Chehade, the chief executive of ICANN.

"If we do not strengthen trust in the integrity of how the Internet is governed then, quite frankly, someone will do it for us, and that is likely to be government."

Still, the initiative has sparked concern, with critics fearing it could result in an elite group taking charge.

The issue will come to a head this year as the United States wants to see concrete plans for the transition of ICANN from U.S. Commerce Department control into international hands.

Unless a mechanism is found to keep governance open and immune from capture by vested interests, the U.S. Congress has promised to veto the transition.