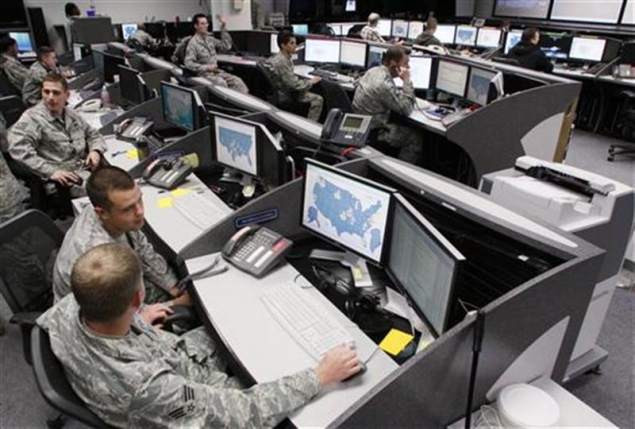 Middle Eastern oil and gas companies have been targeted in massive attacks on their computer networks in an increasingly open cyber war where a new virus was discovered just this past week.

The United States and Israel, believed to behind the first cyber sabotage campaign that targeted Iran's nuclear programme, are now worried about becoming targeted themselves.

"There have been increasing efforts to carry out cyberattacks on Israel's computer infrastructure," Prime Minister Benjamin Netanyahu said earlier this month, without giving details.

Panetta called the sophisticated virus "the most destructive attack that the private sector has seen to date."

It took Aramco, the world's biggest oil company, two weeks after the August 15 attack to restore its main internal network, but the group said that oil production had not been disrupted.

However the threat that digital attacks could cripple vital infrastructure is real, with Panetta warning of the possibility of a "cyber-Pearl Harbor" to justify a policy of moving aggressively against threats.

A disruption to Saudi Arabia's oil exports could cause oil prices to spike from their already elevated prices and tip the fragile global economy into recession.

In what was interpreted as a veiled threat against Iran, Panetta said the US military "has developed the capability to conduct effective operations to counter (cyber) threats to our national interests."

A senior US administration official, who spoke on condition of anonymity, told AFP the cyber attack on the Gulf oil giants was believed to be carried out by a "state actor" and acknowledged that Iran would be a prime suspect.

US officials have "more than a suspicion" that Iran was to blame for the August attacks, said James Lewis, who has worked for the State Department and other government agencies on national security and cyber issues and who is now a senior fellow at the Center for Strategic and International Studies think tank.

He said the US authorities were used to cyber espionage from Russia and China, but were surprised by the swift rise in Iran's digital warfare capability.