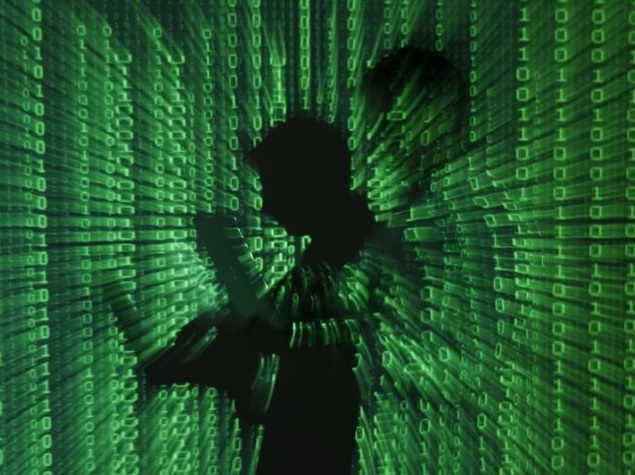 The United States will press China to resume cooperation on fighting cyber espionage to ensure an orderly cyber environment, a senior U.S. official said on Tuesday ahead of annual talks between the world's two largest economies this week.

The talks, which start on Wednesday, will be led by U.S. Secretary of State John Kerry and Treasury Secretary Jack Lew, likely taking in China's currency, North Korea's nuclear programme and escalating tensions between China and neighbours in the South China Sea and with Japan in the East China Sea.

Charges over hacking and Internet spying have increased tensions between the two countries. In May, Washington charged five Chinese military officers with hacking U.S. companies, prompting Beijing to suspend a Sino-U.S. working group on cyber issues. China has denied wrongdoing.

"We share an interest in a secure and predictable and orderly cyber environment," said one senior U.S. administration official, who briefed reporters en route to Beijing for the annual Strategic and Economic Dialogue.

"We see the bilateral U.S.-China working group as an important forum and vehicle for fulfilling our responsibilities and for making progress, so we certainly would like to see the earliest practical resumption of that forum."

A second U.S. official added: "One of the fundamental differences is on this question of the acceptability of cyber-enabled economic espionage, which the United States does not conduct. We need to come to a clear understanding with the Chinese about that. That is going to be essential to resolving our concerns about Chinese behaviour."

Kerry will likely a face an angry riposte from Chinese officials, who view the U.S. as hypocrites following revelations about Washington's own spying by former U.S. intelligence contractor Edward Snowden, and were angered in May when the U.S. charged the five Chinese military officers with hacking.

"We believe the U.S. side deliberately fabricated the facts," Chinese Assistant Foreign Minister Zheng Zeguang said on Monday, referring to the officers' indictment.

"This proves the U.S. side is not sincere in resolving Internet security issues through dialogue and cooperation."

In addition to political and security issues, the talks will also focus on China's currency and a bilateral investment treaty, which the U.S. hopes will loosen Beijing's restrictions to allow for a more level playing field for U.S. companies.

Lew has said he will push China to speed up economic reforms and do more to let the yuan rise against the dollar. Kerry will raise growing U.S. concerns over escalating tensions and China's "problematic behaviour" in the South China Sea, officials said.

Overlapping claims
The officials said the U.S. would call on China and other countries to clarify their territorial claims by ensuring they are consistent with international law.

"It is our observation that ambiguity about claims can be destabilizing and can lead to confrontation and even conflict," the official said.

The United States has not taken sides in the disputes but has been critical of China's behaviour in the oil-and-gas-rich South China Sea, where the Philippines, Vietnam, Malaysia, Brunei and Taiwan have overlapping territorial claims.

China, though, views the United States as encouraging its allies Vietnam and the Philippines to be more aggressive in the dispute.

Along with the numerous other areas of disagreement, the this week's talks may not achieve much, said Jia Qingguo, dean of the School of International Studies at Peking University who has advised the government on diplomatic issues.

"I don't foresee many tangible results emerging. The relationship is at a low ebb. The role of SED now is to buttress the relationship to prevent a further deterioration," Jia said.

Still, China and the U.S. appear to have had more success in finding common ground over North Korea's nuclear and missile programmes.

The administration official said there had been a "steady convergence of views on both the importance and the urgency of moving North Korea to take irreversible steps to denuclearize."

"Particularly in the week of President Xi's visit to Seoul, we see value in building out U.S.-China cooperation, strengthening our consensus on the importance of denuclearization and refining further our strategy," the official said.

The annual high-level talks between the U.S. and China have yielded few substantive agreements, in part because relations have grown more complex with China's increasing power.

Still U.S. officials underscore the importance of the discussions to help ensure that the relationship doesn't drift towards confrontation.

"The U.S.-China relationship is a motion picture. It shouldn't be looked at as a snap shot," one official said. "It is that grand epic big Hollywood motion picture in which there are a lot of actors and a lot of interests at stake, and the trajectory of any particular issue takes time to play out."

U.S. officials cited climate change as one area where China and the United States could collaborate on a global issue.

"This is a classic example of an area of a global challenge for which U.S.-China cooperation is an essential ingredient of any long-term solution," one official added.