Cryptocurrency Investment: Reddit User Shares 10-Factor Approach to Make the Most of It

Some useful tips here about how to find undervalued cryptocurrency coins that have the potential to give maximum returns. 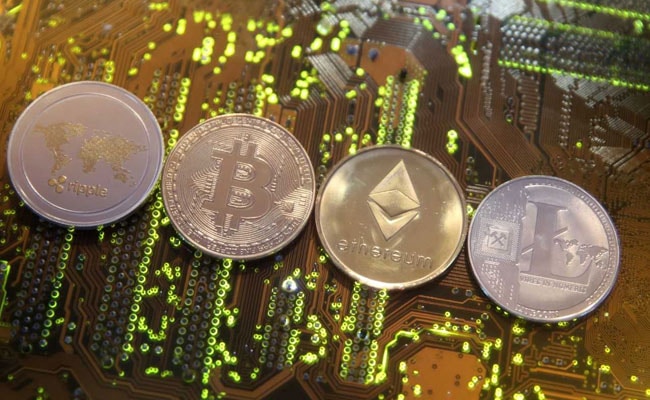 Bitcoin, Dogecoin seem too mainstream to this Reddit user who talks about finding undervalued coins

From Elon Musk to Snoop Dog to Gene Simmons, cryptocurrency has taken the world by storm. But there's always a huge risk that accompanies digital currencies and should be factored in before and while investing. A recent example is Bitcoin, the world's oldest and largest crypto coins that plunged nearly 30 percent after the Chinese government's crackdown on the trading of digital assets. Having said that, there are still a large number of investors who find the idea of investing in cryptocurrencies enticing but are unable to take the step forward due to a lack of knowledge.

And for them perhaps this post by a Reddit user (u/teoeo) may come in handy. The user, before listing 10 crucial factors, claimed that they been involved in digital currency investments since 2017 and, therefore, would like to share their two cents on how to go about it. The user stressed on choosing coins using a value-investing approach. Here are the 10 factors enumerated in the post:

1) The user emphasised that it was important to consider only those digital currencies that looked like traditional businesses. Furthermore, said would look at only those cryptos that have a "discrete product or service they provide". Then said that while they were open to considering cryptos like Siacoin/ Storj/ Filecoin (decentralised storage), Golem/IExec (cloud computing), Theta (video streaming), Power Ledger/ WePower/ SunContract (decentralised energy marketplace), wouldn't invest in Bitcoin, Nano, or other such currencies.

2) Once you have shortlisted a few potential cryptocurrencies to invest in, it's time you excluded those that didn't have a value-added proposition due to decentralisation.  "Believe it or not, not everything needs to be decentralised. If I can't answer why decentralisation adds value, then I throw out the coin," the user wrote.

3) The third step involves finding if the digital currency has a working product or product in beta. The user said this step is critical, for anyone can say their product will do anything, but the proof is in the pudding. "If they have a working product, I test the product to see how it works."

4) The next big factor to be considered before making any investments in digital currency involves ensuring your potential cryptocurrency has a method to maintain funding to the developers of the product/ service even if the price of the coin goes down. To clarify, the user said that solid projects usually have non-profit foundations with an ongoing revenue stream for developers. "This ensures the project will continue to mature/ grow even during a bear market."

5) Next, the user said it was important to prioritise finding how many coins were already in circulation, the percentage of a currency controlled by a small number of people. "There are other red flags that can pop up, so I suggest everyone spend some time reading about tokenomics generally."

6) Assessing the market size is what was suggested next. "I always try to look at the current market size in the space that the coin is competing in. For example, for Storj/ Filecoin/ Siacoin, the decentralised storage market is projected to be around 150 billion by 2022."

7) The next step involves finding the traditional companies in the space and their market caps. The user said it helps in making the decision.

8) Moving forward, the user suggested it was always a great idea to look at who the competitors in the cryptocurrency space are. This may help you find a better investment, and second, of course, it's the competitors who will have some useful critical take on the coin chosen by you.

9) The user suggested going to the Telegram/ Reddit/ Discord servers of the target coin and the competitors. "It is amazing how often I learn something unexpected and useful."

10) Time we put all this together. Once you have collected all the information, the user suggested you make a reasonable/ conservative judgement about what the coin's current value is and what its potential value could be in terms of market cap. "I try to be conservative and only buy things that seem really undervalued. Luckily, a lot of cryptos are very undervalued.”

But before you go about making any investment in the volatile cryptocurrency market based on the information shared by this user in his Reddit post, and, perhaps, give popular virtual currencies like Bitcoin and Dogecoin a pass, the user has another piece of advice for you.

"I hope that some of you find this useful. Obviously, these are just my thoughts, so take them with a grain of salt."