Paytm and CRED are asking users to contribute to procuring and distributing oxygen concentrators in the country. 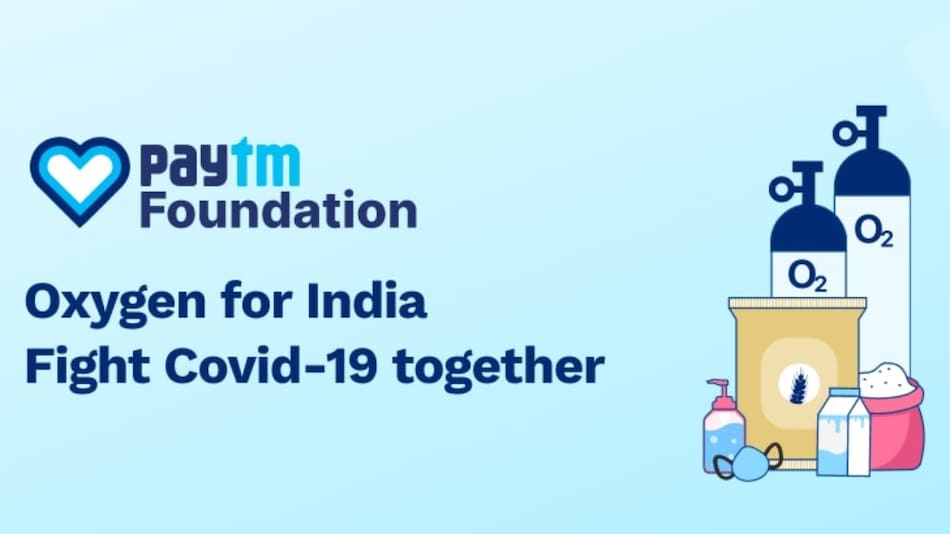 Paytm is aiming to raise Rs. 10 crores to donate oxygen concentrators across India

Paytm has announced a fundraising campaign to fight the shortage of oxygen in India that has been caused by the coronavirus second wave. The company, through its philanthropic venture Paytm Foundation, is raising Rs. 10 crores to donate oxygen concentrators across the country. The initiative is called “Oxygen for India” and is aimed to directly help the people who are in need of oxygen. Fintech startup CRED is also trying to help with oxygen supplies and has partnered with healthcare fundraising platform Milaap to procure and distribute oxygen concentrators in the country. The company says it plans to distribute a billion litres of the life-saving gas through this partnership.

Under the Oxygen for India programme, Paytm is urging users to donate money through a dedicated portal and in return promising to match each contribution made.

“All the contributions made through Paytm will be directly transferred to Paytm Foundation. Paytm Foundation will buy oxygen concentrators and distribute to needy,” the company wrote on its FAQ page.

Contributions made for the Oxygen for India campaign are not exempted from income tax according to the FAQ page, though the company has promised to provide contribution receipts in a few days.

We have sourced supplies for Oxygen concentrators of different sizes while we place the order using our own money. We want you to join hands in solving #OxygenShortage .
Donate here https://t.co/YlBF6S4c2p and we will match your contribution and use it to source OCs.
Also, do RT

In a similar vein, CRED is working with Milaap to procure and distribute oxygen concentrators. The Bengaluru-based company is asking its users to donate their loyalty points, called CRED coins.

“For every 10,000 CRED coins our members redeem, we will distribute 1,000 litres of oxygen via these concentrators,” the company said in a blog post.

However, unlike Paytm, CRED has not provided any details on how much amount it is planning to raise through the CRED coins it will receive from its users. The company is also showing the contributors the amount of oxygen that it would be able to distribute through the oxygen concentrators it will source, which means it's not entirely clear how much of an impact your donation would make. On the other hand, since these are loyalty points, it is very easy for users to contribute without having to spend anything extra, which might encourage more people to participate.

“CRED will fund the entire administrative fee and support Milaap in making sure that the contributions reach those who need it most,” the company said.

Milaap has promised to provide the details of how it will deploy the funds that it receives from CRED for procuring and distributing concentrators through a microsite by May 3, ensuring transparency for the process. The contributors will also get an update about the deployment through an email.

CRED is additionally open to fund ideas that can make hospitals self-sufficient in oxygen through oxygen generators on-site or equipping other containers to move oxygen. The company has also set up an in-house COVID task force to collate resources from various sources to help its full-time employees, contractors, and interns in the pandemic. Moreover, it has announced a Partner Fund to help small and independent businesses requiring assistance.