Hundreds of millions of Chinese are stuck at home due to quarantine restrictions imposed by authorities or companies. 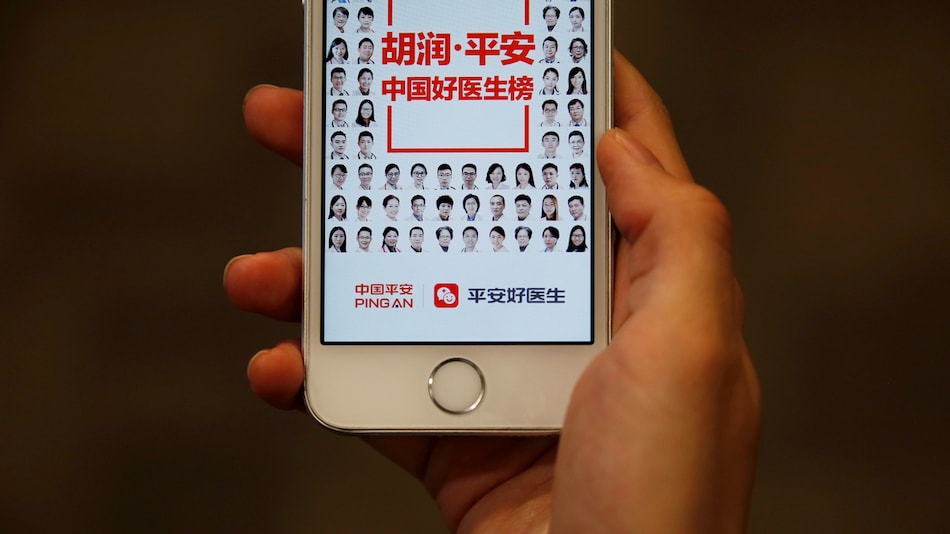 Baidu has been handling around 850,000 free inquiries daily

Spooked by a sneeze or a cough, Chinese consumers are turning to online consultations in droves for advice about possible coronavirus symptoms - a boon for a fledgeling industry that has struggled to win over customers.

Due to the epidemic, hundreds of millions of Chinese are stuck at home due to quarantine restrictions imposed by authorities or companies. Even if not under quarantine, many are too worried to venture for long outside or to visit a hospital for other ailments as they fear they might catch the highly contagious virus.

The surge of inquiries has also been driven by healthcare platforms offering some services for free amid the epidemic.

JD Health, an arm of JD.com, has seen its daily volume of respiratory-related online consultations jump by nine times while mental-health consultations have grown five to seven times, according to Xiao Jianbo, the company's general manager of online healthcare.

"Most of the requests I've had between the end of January and mid-February were about the coronavirus," said Liu Yafeng, a doctor who works fulltime for JD Health. "People are so worried even just by a sneeze."

Such is the state of fretfulness that "Always thinking I've been infected by the virus" has become a trending topic with more than 570 million views on Weibo, China's Twitter-like microblogging platform.

Liu said he worked around 12 hours per day from end January to mid-February, but in a positive sign that panic about the epidemic is receding, he is now working eight hours a day.

Baidu  said its online doctor consultation platform Wenyisheng, which translates to "Ask Doctor", has been handling around 850,000 free inquiries daily. Of those 400,000 were respiratory-related, around 50 times the level seen a year earlier.

Alibaba Health Information Technology said it exceeded 100,000 consultations a day on Jan. 29 and that some of its respiratory doctors were providing more than 200 consultations daily. It did not provide comparisons with pre-outbreak levels.

Online healthcare has long been seen as a promising sector in China, where there is a dearth of doctors and patients often have to travel hundreds of miles to see a specialist.

But the industry had struggled to win over customers and big listed firms like Alibaba Health and Ping An Good Doctor have yet to turn a profit. Compared to other Internet services, online healthcare is not used as frequently and does not benefit as much from word of mouth, industry executives say.

"Health consultations are very private, so you don't see a lot of people sharing their healthcare experience with friends or followers on social media," said JD Health's Xiao.

The coronavirus has, however, reset expectations with shares in Alibaba Health surging 58 percent for the year to date while Ping An Good Doctor's stock has climbed 33 percent.

While analysts say more venture capital funding could soon flow into the sector, some industry veterans warn that the sector has a long way to go.

"The outbreak has in fact educated the market, but I don't think China's online healthcare has really taken off because of this," said Simon He, founding partner at Shanghai-based Eminence Ventures.

That's only going to happen with innovation in providing more services such as blood tests, he added.