Clinton says technology should protect both privacy and national security 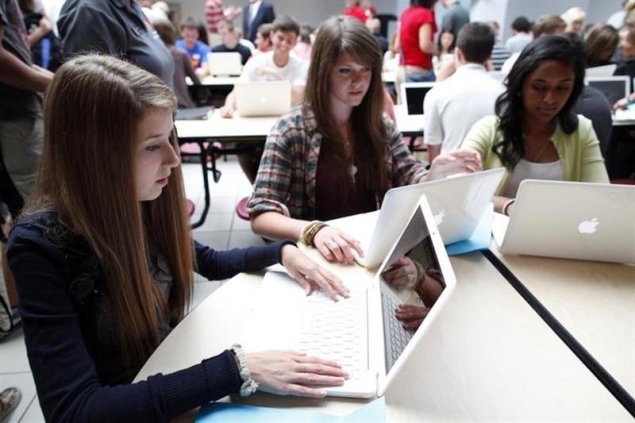 Former President Bill Clinton described Edward Snowden as "sort of an imperfect messenger" who has raised questions about whether the nation can use technology to protect national security without destroying liberty and right to privacy.

Clinton, who made technology the theme of his speech to midshipmen at the U.S. Naval Academy, said he believes President Barack Obama has taken the issue very seriously and has made important recommendations for greater government oversight and transparency. But the former president said he thinks the nation will need to design technological systems so it's clear to people they protect both personal privacy and national security.

"Mr. Snowden has been sort of an imperfect messenger from my point of view for what we need to be talking about here, but the Snowden case has raised all of these questions about whether we can use technology to protect the national security without destroying the liberty, which includes the right to privacy, of basically innocent bystanders," Clinton said to the Brigade of Midshipmen in Annapolis during an annual lecture series on foreign policy.

Snowden is the former National Security Agency contractor who outlined wide-ranging surveillance in leaked documents relating to U.S. government programs that vacuumed up personal information about millions of Internet surfers in an effort to thwart terrorism.

Clinton said if the government needs to know about patterns of communication between known terrorists in other parts of the world, there has to be a way to design such systems "so that we don't kill the goose that laid the golden egg."

"We cannot change the character of our country or compromise the future of our people by creating a national security state which takes away the liberty and privacy we've proposed to advance," Clinton said. "On the other hand, we look like fools if we walk away from readily available ways to find patterns of communication which would show us who's dealing with whom to try to plan big, incredibly lethal operations."

The former president spoke to students who have been taking a greater interest in cybersecurity in recent years. The Naval Academy has created a cybersecurity major, and school officials have been working to develop a top-notch training for a field of growing importance in national security.

"So I think those of you who live in this age and understand the technology, it seems to me clear based on the people I talk to that we could be designing these systems - if we're prepared to spend the money to do it - in a way that dramatically enhance both personal liberty and privacy and our national security," Clinton said. "Don't buy into false choices. There are enough hard choices you have to make as it is."