Cisco to Transform Bangalore's Electronics City Into a Smart City 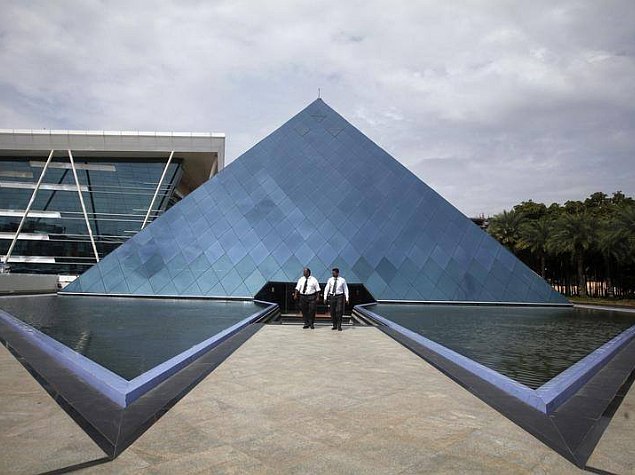 Located 20 km from the city centre in Anekal taluk in Bangalore Urban district, the 332-acre Electronics City is one of the largest industrial parks in the country, housing global majors, multinationals and Indian iconic IT firms like Infosys and Wipro.

About 1,25,000 people are employed directly in the Electronics City, which accounts for 25 percent of the country's software and hardware exports.

The 35-year-old Electronics City industrial township functions independently with local governance and is maintained by the association represented by 180 units in the enclave spread over three phases.

"The smart city will utilise our Wi-Fi (wireless fidelity) solution that will allow the community to access public utility offerings. We will roll out the first phase of the project by January to serve as a replicable model for the rest of Bangalore and other cities across the country," Menon asserted.

The collaboration between Cisco and ELCIA under the public-private participation (PPP) model will also help the Electronic System Design and Manufacturing (ESDM) firms and others engaged in the IoT product development to build the new ecosystem.

The only brown field ESDM cluster in the country has received approval for a financial grant from the central government to spur innovation in product design and manufacturing.

Cisco will spearhead the project as part of its smart+connected communities concept, which places technology at the heart of economic development and better quality of life in modern cities.

"The focus is on using the network for deploying digitally enabled transportation, healthcare, education, utilities and energy grid. As India is at the core of our emerging market strategy, we see this project as an opportunity to demonstrate our global expertise in IoT-enabled technology," Menon pointed out.

The hi-tech project will also help the companies in the electronics city to innovate and develop products and software applications for deployment in the 100 smart city projects the newly formed NDA government is planning to set up across the country.

The $48-billion US-based Cisco estimates the global market for product offerings in smart cities the world over to be $19 trillion, including $35 billion in India.