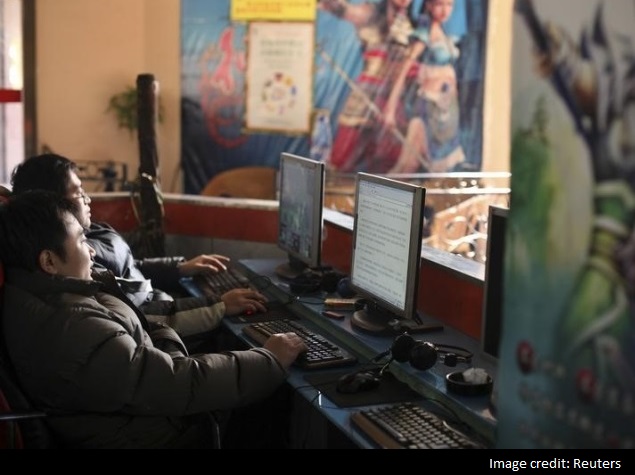 Chinese hackers in March broke into the computer networks of the U.S. government agency that houses the personal information of all federal employees, according to senior U.S. officials. They appeared to be targeting the files on tens of thousands of employees who have applied for top-secret security clearances.

The hackers gained access to some of the databases of the Office of Personnel Management before the federal authorities detected the threat and blocked them from the network, according to the officials. It is not yet clear how far the hackers penetrated the agency's systems, in which applicants for security clearances list their foreign contacts, previous jobs and personal information, like past drug use.

In response to questions about the matter, a senior Department of Homeland Security official confirmed that the attack had occurred but said that, "at this time," neither the personnel agency nor Homeland Security had "identified any loss of personally identifiable information." The official said an emergency response team had been assigned "to assess and mitigate any risks identified."

One senior U.S. official said that the attack was traced to China, although it was not clear if the hackers were part of the government. Its disclosure comes as a delegation of senior U.S. officials, led by Secretary of State John Kerry, are in Beijing for the annual Strategic and Economic Dialogue, the leading forum for discussion between the United States and China on their commercial relationships and their wary efforts to work together on economic and defense issues.

Computer intrusions have been a major source of discussion and disagreement between the countries, and the Chinese can point to evidence, revealed by Edward J. Snowden, that the National Security Agency went deep into the computer systems of Huawei, a major maker of computer network equipment, and ran many programs to intercept the conversations of Chinese leaders and the military.

U.S. officials say the attack on the Office of Personnel Management was notable because while hackers try to breach U.S. government servers nearly every day, they rarely succeed. One of the last attacks the government acknowledged occurred last year at the Department of Energy. In that case, hackers made off with employee and contractors' personal data. The agency was forced to reveal the attack because state disclosure laws force entities to report breaches in cases where personally identifiable information is compromised. Government agencies do not have to disclose breaches in which sensitive government secrets, but no personally identifiable information, has been stolen.

Just a month ago, the Justice Department indicted a group of Chinese hackers who work for the People's Liberation Army Unit 61398 and charged them with stealing corporate secrets. The same unit, and others linked to the PLA, have been accused in the past of intrusions into U.S. government computer systems, including in the office of the secretary of defense.

But private security researchers say the indictments have hardly deterred the PLA from hacking foreign targets, and U.S. officials are increasingly concerned that they have failed in their effort to deter computer attacks from China or elsewhere.

"There's no price to pay for the Chinese," one senior intelligence official said recently, "and nothing will change until that changes."

The indictments have been criticized as long on symbolism and short on real punishment: There is very little chance that the Chinese military members would ever see the inside of an U.S. courtroom, even if the FBI has put their pictures on wanted posters.

"I think that it was speaking loudly and carrying a small stick," said Dennis Blair, the former director of national intelligence during President Barack Obama's first term, who was the co-author of a report last year urging that the United States create a series of financial disincentives for computer theft and attacks, including halting some forms of imports and blocking access to U.S. financial markets.

Not long after several members of Unit 61398 were indicted, security researchers were able to pin hundreds more cyber-attacks at U.S. and European space and satellite technology companies and research groups on a second Shanghai-based Chinese military unit, known as Unit 61486. Researchers say that even after Americans indicted their counterparts in Unit 61398, members of Unit 61486 have shown no signs of scaling back.

The same proved true for the dozen other Chinese military and naval units that U.S. officials have been tracking as they break into an ever more concerning list of corporate targets including drone, missile and nuclear propulsion technology makers.

The intrusion at the Office of Personnel Management was particularly disturbing because it oversees a system called e-QIP, in which federal employees applying for security clearances enter their most personal information, including financial data. Federal employees who have had security clearances for some time are often required to update their personal information through the website.

The agencies and the contractors use the information from e-QIP to investigate the employees and ultimately determine whether they should be granted security clearances or have them updated.

A representative of the Office of Personnel Management said that monitoring systems at the Department of Homeland Security and the agency office allowed them to be "alerted to a potential intrusion of our network in mid-March."

In the past, the Obama administration has urged U.S. companies to share intrusion information with the government and reveal breaches to consumers in cases where their personal information was compromised and could be used without authorization.

But in this case there was no announcement about the attack.

Hayden noted that the agency had intrusion-detection systems in place and notified other federal agencies and state and local governments about the attack, then shared relevant threat information with some in the security industry. Four months after the attack, Hayden said, the Obama administration had no reason to believe personally identifiable information for employees was compromised.

"None of this differs from our normal response to similar threats," Hayden said.