Chinese Businessman Accused of Hacking Into Defence-Linked US Computers

U.S. authorities have charged a Chinese businessman with hacking into the computer systems of U.S. companies with large defense contracts, including Boeing, to steal data on military projects, including some of its latest fighter jets, officials said Friday.

Suspect Su Bin worked with two unnamed Chinese hackers to get the data between 2009 and 2013, and Su attempted to sell some of the information to state-owned Chinese companies, prosecutors said.

The three hackers targeted fighter jets such as the F-22 and the F-35 as well as Boeing's C-17 military cargo aircraft program, according to a criminal complaint filed in U.S. District Court in Los Angeles that was unsealed Thursday.

An attorney for Su could not be reached for comment.

Su was arrested in Canada on June 28 and remains in custody there, said FBI spokeswoman Laura Eimiller in Los Angeles. He has a bail hearing set for July 18.

U.S. Department of Justice spokesman Marc Raimondi said the conspirators are alleged to have accessed the computer networks of U.S. defense contractors without authorization and stolen data related to military aircraft and weapons systems.

"We remain deeply concerned about cyber-enabled theft of sensitive information, and we have repeatedly made it clear that the United States will continue using all the tools our government possesses to strengthen cyber security and confront cybercrime," Raimondi said.

Boeing said in a statement that the company cooperated with investigators and will continue to do so to hold accountable "individuals who perpetrate economic espionage or trade secret theft against U.S. companies." 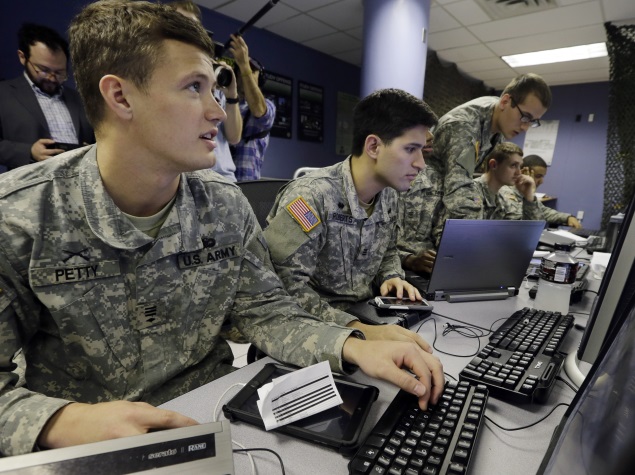 "We appreciate that the government brought its concerns about a potential compromise of our protected computer systems to our attention," the company said in a statement.

Accusations of hacking by China and counterclaims of such activity by the U.S. government have strained U.S.-Chinese relations. Chinese hacking has been a major theme of U.S.-China discussions this week in Beijing, though both sides have publicly steered clear of the controversy.

The New York Times reported Wednesday that Chinese hackers broke into the computer networks of the Office of Personnel Management earlier this year with the intention of accessing the files of tens of thousands of federal employees who had applied for top-secret security clearances. Senior U.S. officials say the hackers gained access to some of the agency's databases in March before the threat was detected and blocked.

White House spokesman Josh Earnest said Thursday that both the federal personnel office and the Department of Homeland Security took steps to mitigate any risk as soon as they learned about the possible intrusion.