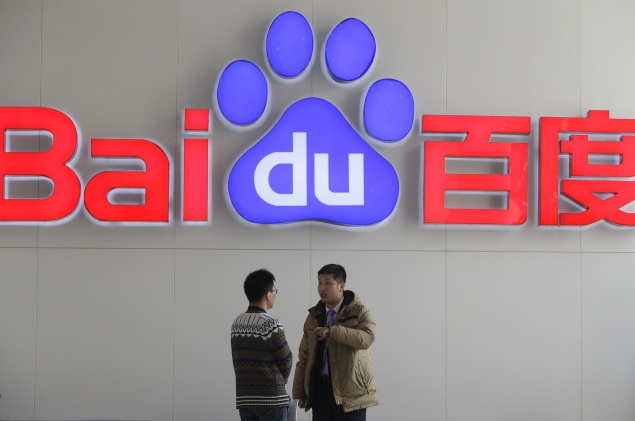 China's Baidu Inc knows where you are, where you're going and when you want dumplings, guiding you from web page to restaurant when you use its search engine.

Now the biggest Chinese technology company traded in the United States needs to figure out how to make money when you use its mobile Internet services, a game it admits it came to late.

Monetising mobile services is an issue faced by legions of tech companies from indie game developers to Facebook Inc . While the social network has surprised with its rapid revenue growth from mobile, ad fees for mobile are still lower than those for desktop services for most companies because the services are less mature.

Baidu's tactics to catch up to rivals include buying other businesses like the $1.9 billion purchase of 91 Wireless app store and the group-buying site Nuomi - think GroupOn Inc - which Baidu fully acquired last week after securing a 59 percent stake last August.

"We have tried many ways to monetise.We haven't really got the answer yet," said Wang Haifeng, chief scientist at Baidu. "Our mobile efforts, according to a lot of people, started a bit late, but the mobile Internet is just beginning and it's still very hard to tell."

The company made some headway in monetising mobile users when it announced in July that 10 percent of its revenues in 2013 came from mobile. Its share price rose 71 percent in 2013, and its market cap is now $55 billion. Revenue growth in the third quarter was the highest in 10 quarters, it also said.

Even with that lofty valuation, Beijing-based Baidu is overshadowed by rivals like e-commerce titan Alibaba Group Holding, whose eagerly-awaited IPO could value it at more than $100 billion, and Tencent Holdings, a video game cash cow, whose mobile messaging app WeChat has takenChina by storm.

"Baidu certainly had the most trouble making mobile work and at this point in the game, mobile is what matters to investors," said Michael Clendenin, managing director of Shanghai-based RedTech Advisors. "Mobile monetisation has got to be the number one concern for investors."

Making money from mobile is also a key concern for investors because usage patterns on the Internet are changing in a way that caused Wired magazine to declare "the web is dead."

Instead of being glued to a PC screen and using a search engine like Baidu's or Google's, people now tend to trawl the mobile Internet on their smartphone or tablet using the most relevant application like Alibaba's Taobao or Tmall for online shopping. This means Baidu faces an uphill battle.

"The centre of Baidu's mobile ecosystem will still be search," said Wendy Huang, a Hong Kong-based technology analyst with Standard Chartered Bank. "That's why they're integrating maps with search. When you search for Peking duck, you're seeing nearby restaurants in your results."

Although Baidu said that revenues from mobile made up more than 10 percent of its total for the second quarter of 2013, industry observers will be wondering if it can increase that to hold a decent share of the mobile search market.

Key to that will be getting more clients to pay for mobile-optimised web sites, said Clendenin. But because the mobile Internet is highly fragmented, Baidu is unlikely to ever enjoy the dominance on mobile search that it enjoys on PCs.

"Tencent and Alibaba are like the giant robots and monsters in 'Pacific Rim', slugging it out over dominance of the mobile Internet. Baidu doesn't really factor," said Chi Tsang, a Hong Kong-based technology analyst with HSBC.

This could make Baidu a dark horse for investors in 2014, said Tsang, as it will be cheaper due to low expectations and the company can focus on its core business of search while Tencent and Alibaba duke it out in mobile.

Location, location, location
The challenge for Baidu, said Standard Chartered's Huang, is how well it can integrate its recently acquired businesses into its current products.

The odds are most in favour of those geared towards location-based services, rather than some of the other products the company is making, such as technologically advanced but less obviously profitable translation apps.

The future of Baidu could be in these location-based businesses, and not the 91 Wireless app store and gaming centre, which lags Tencent's offerings and those of search competitor Qihoo 360 Technology Co.

Nuomi and Baidu-controlled Qunar Cayman Islands Ltd, a travel web site valued at $2.9 billion, could be transformed into location-based services, turning a simple search into a shopping trip or meal, an idea known in China as online-to-offline or "O2O".

An illustration of Baidu's expertise in location-based services is an interactive map on its web site that shows the millions of Chinese on the move around the country as they travel for the Lunar New Year or Spring Festival holiday, the largest annual human migration in the world.