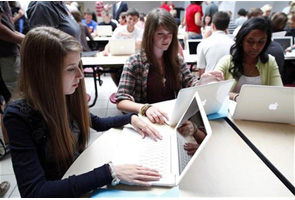 China's internet regulatory authority has vowed to strengthen management of the web, as the number of internet users in the country climbed to around 540 million, China Daily reported.

By the end of June, more than 270 million Chinese people had opened Twitter-like micro-blogging accounts. The number of internet users climbed to 538 million, the ministry of industry and information technology said.

Minister of Industry and Information Technology Miao Wei said a comprehensive management system will be introduced to include government management, industrial self-regulation and supervision by society on the internet industry.

"While safeguarding a good internet market order, the improved management aims to stop the spread of harmful information online and clean cyber space," the minister was quoted as saying.

China Daily said an increasing number of Chinese are taking to the web to seek business opportunities or express their views on public issues.

Ministry figures also showed China's online business transactions exceeded 3.3 trillion yuan (around $520 billion) in the first half of this year, up 14 percent from 2011.