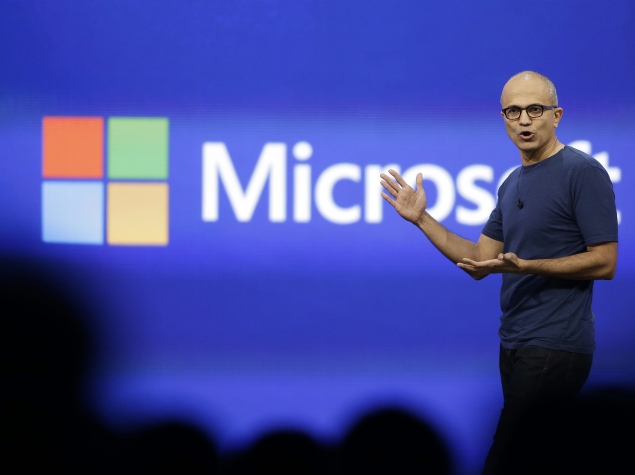 A Chinese regulator said on Tuesday it is conducting an anti-monopoly investigation into Microsoft Corp over its Windows operating system, in the latest in a growing number of competition probes that have unnerved Western firms in China.

China's State Administration for Industry & Commerce (SAIC) was also investigating a Microsoft vice president and senior managers, and had made copies of the firm's financial statements and contracts, the agency said on its website.

It said Microsoft, which has struggled to make inroads in China due to rampant piracy, had not fully disclosed information about Windows and its Office software suite.

Microsoft is one of the biggest U.S. companies to fall under the eye of Chinese regulators as they ramp up their oversight in an apparent attempt to protect local companies and customers.

The investigation comes as U.S.-China business relations have been severely strained by wrangles over data privacy.

The SAIC said it had obtained documents, e-mails and other data from Microsoft's computers and servers, adding that it could not complete the investigation as Microsoft had said some of its key personnel were not in China.

Microsoft has been suspected of violating China's anti-monopoly law since June last year in relation to problems with compatibility, bundling and document authentication, the statement said.

Microsoft said on Monday it had been visited by officials and that the company was "happy to answer the government's questions", a statement it repeated after the announcement from the regulator on Tuesday.

The SAIC statement said the raids were prompted by reports from other companies, without naming the companies.

Microsoft has already engaged a Chinese law firm to help with the anti-monopoly case, said the law firm, declining to be identified or to comment any further.

Details murky
But mystery surrounds the probe, with industry experts and lawyers questioning what, if any, violations Microsoft can have made in China, where the size of its business is negligible.

"It's ironic they can be accused of a monopoly in a mostly pirated operating system market, as they were criticised for ending support to mostly non-paid versions of Windows XP," said Clark, referring to Microsoft halting support for the 13-year-old operating system in April.

Microsoft does have a wide range of operations in China, including research and development and teams for products such as Windows, Microsoft Office, servers, entertainment and hardware.

But its revenues for China, which Microsoft does not break out in its earnings statements, are very low. The disappointing sales in a market of 1.4 billion people have led to strained relations with Microsoft's headquarters in Redmond, Washington, said a former employee.

Former CEO Steve Ballmer reportedly told employees in 2011 that, because of piracy, Microsoft earned less revenue in China than in the Netherlands, even though computer sales matched those of the United States.

Some lawyers, however, said there was an argument that Microsoft enjoyed a monopoly in China, despite the fact that the vast majority of copies of Windows and Microsoft Office are pirated.

"Alternatively, Microsoft could (through its market position) restrict competition for other business and competitors," he said, adding that Microsoft, if found guilty may see fines of 1-10 percent of its China revenue.

China's anti-monopoly law does not say whether the 1-10 percent of revenues that companies can be fined when in violation refers to domestic sales or global.

The U.S. Chamber of Commerce earlier this year urged Washington to get tough with Beijing on its increasing use of its six-year-old anti-competition rules, noting that "concerns among U.S. companies are intensifying".

Tensions increased in May when the U.S. Justice Department charged five members of the Chinese military with hacking the systems of U.S. companies to steal trade secrets.

The SAIC investigation into Microsoft could be read as a public retaliation for the U.S. cyber espionage revelations and the Justice Department indictments, said BDA's Clark.

The latest move by China's authorities caps a rocky period for Microsoft in the country. Earlier this month, activists said Microsoft's OneDrive cloud storage service was being disrupted in China.

In May, central government offices were banned from installing Windows 8, Microsoft's latest operating system, on new computers. This ban appears not to have been lifted, as multiple procurement notices since then have not allowed Windows 8.

Nevertheless, the company has pushed forward with plans to release its Xbox One gaming console in China in September, forming distribution ties with wireless carrier China Telecom Corp and e-commerce company JD.com Inc.

Fitbit Companion App for Windows Phone 8.1 Now Available for Download
LinkedIn for Android and iOS Gets New Look for Profiles, and More