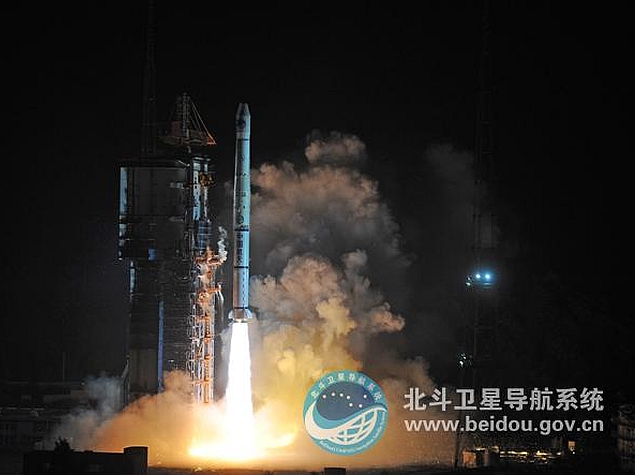 The satellites are the 18th and 19th launched by China as it develops its domestic navigation system Beidou, or Compass. They take the total number launched this year to three.

Beidou is currently centred on the Asia Pacific region but is slated to cover the whole world by 2020.

"The successful launch marks another solid step in building Beidou into a navigation system with global coverage," the satellite launch centre was quoted by Xinhua as saying.

Beidou - named after the Chinese term for the plough or Big Dipper constellation - was announced in 2012, joining the US's GPS, Russia's GLONASS and European Union's Galileo.

It is already used by several Asian countries including Laos, Pakistan and Thailand.

The new satellites will be deployed in "testing a new type of navigation signalling and inter-satellite links" as well as providing navigation services, Xinhua said.

The Beidou system is currently used for civilian services such as navigation and messaging, as well as in the transportation and weather forecasting sectors. It also has military applications.