Canonical shuts down Ubuntu One service in face of DropBox competition 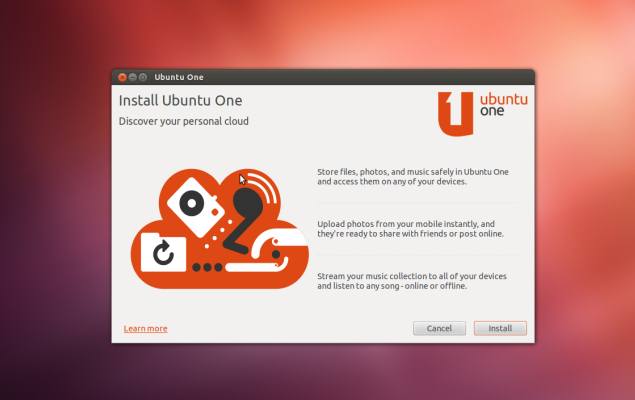 Canonical, the software company that makes the Linux distro called Ubuntu, on Wednesday announced plans for shutting down its Ubuntu One file service. The service enables users to store files online and sync them between computers and mobile devices, as well as stream audio and music from cloud to mobile devices.

The company gave the reason for the service shutdown in its announcement on blog post, where it explained that in order to compete with the other services (e.g. like Dropbox, Box and Google Drive) regularly offering 25GB-50GB free storage, it needs more investment.

"If we offer a service, we want it to compete on a global scale, and for Ubuntu One to continue to do that would require more investment than we are willing to make. We choose instead to invest in making the absolute best, open platform and to highlight the best of our partners' services and content" wrote Canonical CEO Jane Silber in a blog post.

Canonical said it will contact customers separately and will also publish further posts with advice on how they can download their content. Also user with an active annual subscription will have their unused fees refunded from the day of the announcement, although the service will remain available for another two months. Additionally the shutdown will not affect the Ubuntu One single sign on service, the Ubuntu One payment service, or the backend U1DB database service.

Canonical introduced Ubuntu One with its Ubuntu 9.10 Karmic Koala Linux distro OS in 2009. The service offered 5GB of free storage and 20GB extra storage per month at $2.99. For Ubuntu One Music service the price was $3.99 a month.
Comments