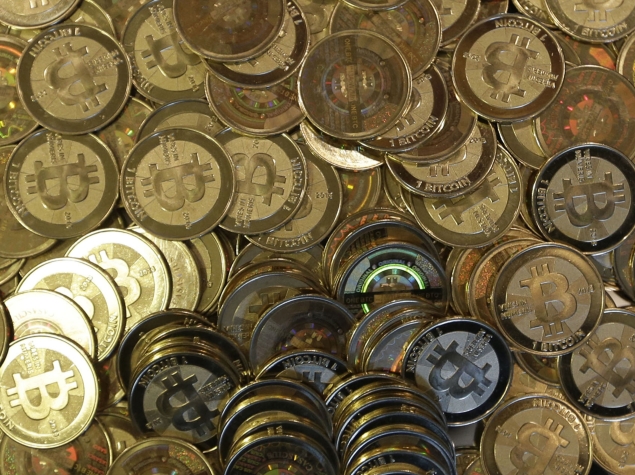 Canadian police have launched an investigation after online Bitcoin bank Flexcoin, which closed its virtual doors this week, said that it had lost about $600,000 worth of the digital currency in a hacker attack.

The Edmonton, Alberta-based company reported the theft of 896 Bitcoins on its website on Monday and said it "does not have the resources (or) assets ... to come back from this loss." It blamed the attack on hackers who had targeted its online wallet.

Bitcoins stored in Flexcoin's cold storage facility, which is basically an offline bank, were not affected by the hack and will be returned to customers, the company said.

The Edmonton Police Service (EPS) said on Wednesday they were investigating the issue.

"I can confirm that detectives from the EPS Economic Crimes Section and Technological Crimes Unit are following up with Flexcoin, and the matter is currently under investigation," said police spokesman Chad Orydzuk.

Flexcoin's demise comes close on the heels of the collapse of Mt. Gox, once the world's dominant Bitcoin exchange, which filed for bankruptcy last week after it said it had lost some 850,000 Bitcoins.

Bitcoin is a digital currency that is bought and sold on a peer-to-peer network, independent of any central bank or government. Its value soared last year, and the total worth of Bitcoins minted is now about $7 billion.

Flexcoin had earlier on Wednesday complained that local authorities were not taking the theft seriously, Tweeting: "My attempts to file a police report were laughed at, I was advised #Bitcoin is a scam." But it later Tweeted that it had been in touch with police and would provide more information on Thursday.

While Bitcoins are an unregulated currency, a hacker that breaks into a computer to steal Bitcoins can be charged with unauthorized access to a computer and mischief to data.

Little recourse
Flexcoin users who lost Bitcoins in the hack will likely have little recourse to recoup their funds, though one option may be a class action lawsuit like the one being considered against Mt. Gox, said Stuart Hoegner, a Toronto-based lawyer and general counsel for the Bitcoin Alliance of Canada.

"Short of a class action, people might find the burden of pursuing litigation to be something that's not very attractive," he said.

Another option might be through any potential bankruptcy proceedings for the company, though the outcome of either possibility would likely depend on the state of Flexcoin's books, said Hoegner.

Flexcoin was incorporated in Alberta in 2012 and registered to a rented mailbox in the city of Edmonton, according to provincial records. Its sole director and voting shareholder is James Andrew Gray, who also gave the rented mailbox as his address.

The corporate data did not include a phone number or other means of contacting Gray. He did not respond to queries sent to the Flexcoin Twitter account and the Flexcoin email address or efforts to reach him through social media.

Yooter posted a message on its website on Tuesday saying it had not had any contact with Flexcoin or Gray since the deal closed and had exited the Bitcoin business entirely.

Flexcoin's website directed users who had lost funds to its terms of service, which state that the company will take every precaution to defend client Bitcoins, but "is not responsible for insuring any Bitcoins stored in the Flexcoin system."

The wild west
The very public downfalls of Mt. Gox and Flexcoin come as Bitcoin inches ever closer to the mainstream, with major online retailers like Overstock.com and TigerDirect.com now accepting the digital currency.

As more investors pile in, there's a strong case to be made for regulating crypto-currencies and virtual banks, said Jean-Paul Lam, associate professor of economics at the University of Waterloo, who said that in Canada, the Office of the Superintendent of Financial Institutions (OSFI) should step in.

"I think they will have to step in and try to regulate either the exchange of Bitcoins or put an end to the trading of Bitcoins," he said.

"The only solution to regulate the market is really to go in and say if you want to be treated like a currency, like a bank, then you're subject to the same regulations as the financial institutions of the land."
Canada's government said last month it will toughen rules targeting money laundering and terrorist financing to keep a closer eye on the use of Bitcoin and other virtual currencies.

Oscars viral selfie was a 'surprise for everyone,' insists Samsung
IBM China workers strike over terms of $2.3 billion Lenovo deal