The platform will include Google Classroom and access to Google Workspace for Education as well as allow teachers to use Google Meet. 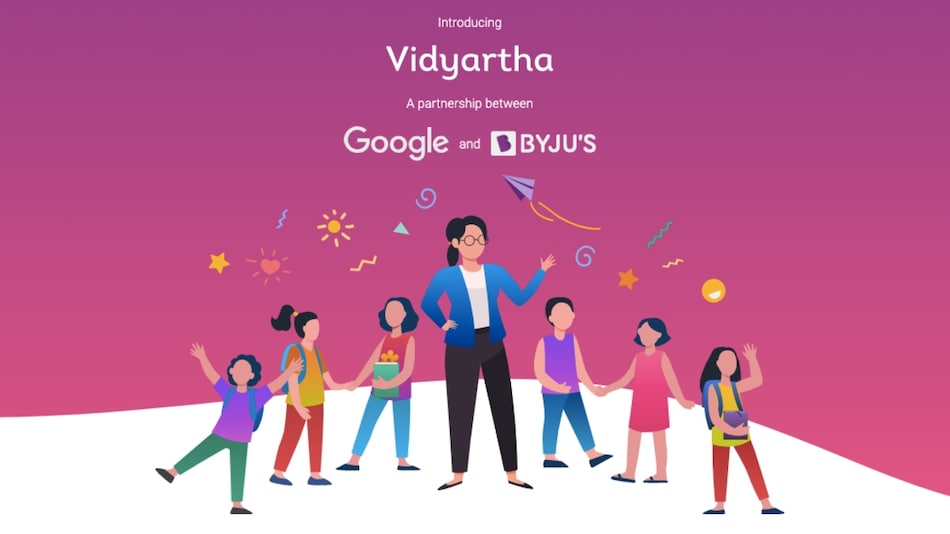 Byju's, the Indian edutech giant, on Wednesday announced its partnership with Google to aid online learning to Indian schools. The deal is aimed to integrate Google Workspace for Education with Byju's Vidyartha to provide a collaborative and personalised digital platform that is claimed to be available for free to participating educational institutions. Educators enrolled in the programme will be able to provide remote learning to their students through Byju's math and science pedagogy and learning solutions, including chapter-wise slides, readymade assignments, data banks, summary documents, and handouts, among others.

Schools can gain access to the platform's inbuilt collaboration with Bjyu's and Google by signing up on the Vidyartha portal. Bjyu's said that every school signing up would get official email IDs for all faculty, students, and admin staff. The platform will also provide end-to-end Classroom management and help organise, access, and track virtual classroom learning.

“Through our partnership with Google, we are aiming to aid this digital revolution and equip our educators with the necessary technological and learning assets to ensure continuity of education. We are truly excited to collaborate with Google and believe that our partnership will be a key facilitator in the new wave of re-defining the future of learning,” said Mrinal Mohit, Chief Operating Officer, Byju's, in a prepared statement.

The platform will initially have digital content only in English, Bjyu's confirmed to Gadgets 360. There are no concrete plans for other languages at this moment.

Byju's acquired Bengaluru-based customisable students platform Vidyartha back in January 2017. It was founded in 2011 and has over 3,000 schools on board, as per the details available on its LinkedIn profile.

“With the rapid move to online learning and teaching, educators today are increasingly looking for more meaningful ways to bring their lessons to life, and we hope this offering makes online classes that much more engaging and fulfilling,” said Bani Dhawan, Head of Education - South Asia, Google.

Google has been working hard since the beginning of the pandemic last year to expand its virtual classroom tools in India. In August last year, the company partnered with Maharashtra State Education Department to deploy its tools such as G Suite for Education and Google Classroom free-of-cost at one lakh schools in the state. It also updated Google Classroom with additional Indic language support to attract its potential Indian audience.

In February, Google claimed that more than 170 million students and educators worldwide rely on its suite of digital tools. The company also brought over 50 new features to ease online education.