Browser wars flare again, this time for phones and tablets 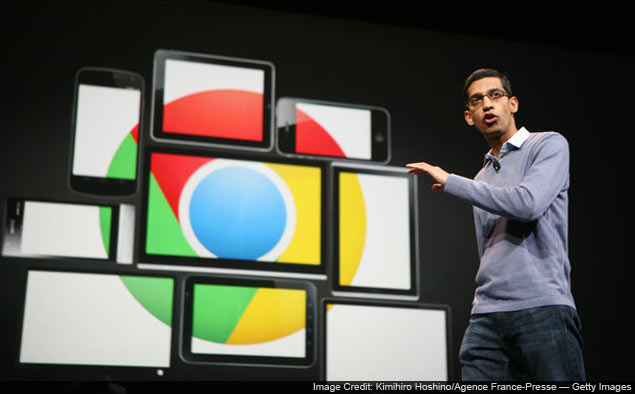 When Google took a video camera to Times Square in 2009 and asked passers-by what a browser is, most of the answers were hilariously incorrect, from "a search engine" to "broadband" to "Yahoo."

But even if consumers are not so sure what Web browsers are (programs like Internet Explorer and Firefox), they have become a crucial business for tech companies like Google and Microsoft. That is because they are now the entry point not just to the Web but to everything stored online, like Web apps, documents and photos.

And as the cloud grows more integral, both for businesses and people, the browser companies are engaged in a new battle to win our allegiance that will affect how we use the Internet.

It's an echo of the so-called browser wars of the 1990s, when Internet Explorer and Netscape Navigator fought for dominance on the personal computer. This time, though, the struggle is shaping up to be over which company will control the mobile world - with browsers on smartphones and tablets. Entrenched businesses are at stake. Google's browser-based business apps, for instance, threaten Microsoft's desktop software, and mobile Web apps threaten Apple's App Store.

"Twenty years ago, we didn't know how the Internet was going to get used by people, and we for sure didn't know about mobile or tablets," said Marc Andreessen, co-founder of the first major browser, Netscape Navigator, and an investor in Rockmelt, a browser start-up. "Mobile is a whole new level of reinvention, so it feels like we're in the most fertile time of invention since the early '90s."

Browsers give Web companies more control over how people use their products, and data about how people use the Web, which they can use to improve their products and inform advertisers. Faster browsing leads to more Web activity, which in turn leads to more revenue for Web companies - whether searching on Google or shopping on Amazon.com, which built a Kindle browser, Silk.

As Mr. Andreessen put it, "Why let something be between us and our users? Let's have as much control of the user experience as we can have; make sure our services are wired in."

Google's Chrome browser, for example, makes Google searches faster and simpler because people can enter search queries directly into the address bar. And its apps - like Gmail, Drive for file storage and Docs for word processing - are all accessible through any browser.

"Chrome makes it much easier for you to search, browse the Web and use Drive, Docs and apps, and we are fortunate to be in a position where when people do those things, we do better," said Sundar Pichai, senior vice president of Chrome at Google. "Chrome is a platform, the underlying layer on which all our cloud operations run."

Most people use either Chrome, Microsoft's Internet Explorer, Mozilla's Firefox or Apple's Safari. In the biggest disruption to the market in 15 years, Chrome last spring toppled Internet Explorer as the most popular browser in the world, despite the fact that it does not come loaded on computers as Explorer and Safari do. It now has 36 percent of the global market, while Internet Explorer's share has dived to 31 percent, according to StatCounter, which tracks browser market share.

A host of smaller companies, like Rockmelt and Opera, are also trying to grab market share, largely by focusing on mobile devices.

Browsers themselves are not lucrative businesses. Some, like Firefox, earn money from search engines like Google and Microsoft's Bing that pay when people use the search bar built into the browser.

"No one is doing a browser to make money," said David B. Yoffie, a professor at Harvard Business School who was co-author of a book about the first browser wars. 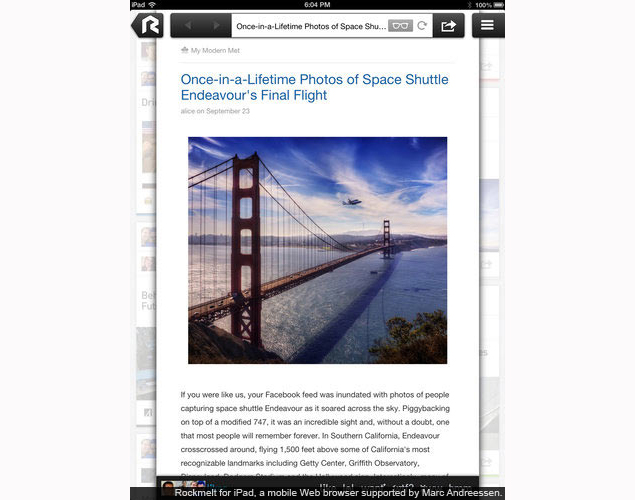 "Suddenly now, the browser has become the interface for the cloud more broadly, not just for traditional Web sites."

In their search for dollars, browser companies are redesigning their products to follow consumers to mobile devices, social networks and cloud-based apps.

For example, new mobile browsers let people swipe through tabs with their fingers, automatically resize or zoom in on Web pages so they fit a phone's screen and load pages faster than older mobile browsers. Some also sync with other devices, so things like most-visited Web sites, passwords and credit card numbers are available everywhere.

Nonetheless, browsing the Web on a mobile device is still inferior to using the desktop Web or smartphone apps. Apps, like those downloaded from Apple's App Store and Google Play for Android devices, have more exciting features, are faster to load and are better optimized to small screens.

But technologists say that mobile browsers will improve when HTML5, the new set of tools for designing Web sites that has been in development for years, becomes pervasive. That is because its technologies enable Web sites to be as functional and visually rich as apps are today, with features like advanced video or the ability to read a Web site offline.

"If HTML5 really starts to take off, then it certainly is possible that mobile browsers could become much more significant," Mr. Yoffie said. "That world is not here today, but it's one that people are betting on for tomorrow."

Though few people have so far downloaded Chrome to mobile devices, Mr. Pichai says Google hopes that with a better mobile browser, Internet users will be able to do more complex things, like shopping or playing games, on the mobile Web.

Microsoft is also betting on HTML5. Its latest version of Internet Explorer is designed with tablet-size touch screens in mind. It wants to encourage software developers to build Web sites that are more app-like, such as responding to finger gestures, said Ryan Gavin, general manager for Internet Explorer. On the new browser, for instance, readers of news articles swipe to turn a page instead of touching "next page" with a fingertip.

Firefox is trying to incorporate the social Web in its latest version, with a sidebar that shows updates from services like Facebook and lets users chat without switching between tabs or apps.

Rockmelt, the start-up, has reimagined the browser most noticeably. Its new iPad browser, instead of showing the blank space inside a typical browser, incorporates images, posts and articles from around the Web.

"All the problems with the desktop browser, that it is a big, dumb, empty window, other companies just took and put on mobile," said Eric Vishria, Rockmelt's co-founder and chief executive. "But there's been a shift to a whole new generation of visual interfaces."

Though more people probably know what a browser is today than when Google interviewed passers-by back in 2009, browser companies nonetheless say their goal is to do their job well enough that people forget about the browser.