Britain must boost its oversight of Huawei cyber-security centre: Cameron 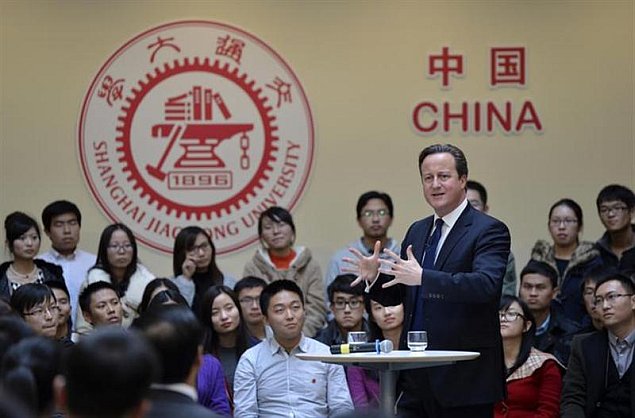 Britain must boost its oversight of a cyber-security centre run by Chinese telecoms giant Huawei, Prime Minister David Cameron said Tuesday, after lawmakers raised fears that the company's involvement could pose a threat to national security.

Huawei has been barred from involvement in broadband projects in the United States and Australia over espionage fears.

In July, the British parliament's Intelligence and Security Committee (ISC) published a report warning that the government had insufficient oversight of the centre, which is known as "the Cell", and urging Britain's national security adviser Kim Darroch to investigate its operations "as a matter of urgency".

Lawmakers had expressed concerns about alleged close links between Huawei and the Chinese state -- which the company denies -- and raised fears that China could exploit weaknesses in Huawei's equipment to spy on Britain.

Huawei supplies equipment to major British telecoms companies including BT, and channels phone calls and data around the country.

Cameron said Tuesday that the government had heeded Darroch's recommendation that British spies should play a greater role in hiring the centre's top staff, and said oversight of the centre in general would be tightened.

"The government's main conclusion, which reflects discussion with the chairman of the ISC, is that oversight of HCSEC should be enhanced, and that GCHQ should take a leading and directing role in its future senior appointments," Cameron said in a statement.

Huawei meanwhile said it welcomed Darroch's conclusion that the Chinese giant was "a model for government collaboration with the private sector".

"Huawei shares the same goal as the UK government and our customers in raising the standards of cyber security in the UK," a company spokeswoman said.

Darroch said in a summary of his review that he was satisfied that the centre operated with "sufficient independence" and that vulnerabilities identified in its systems "could be explained as genuine design weaknesses or errors in coding practice".

China has been accused of large-scale cyber espionage.

In a report released in February, the security firm Mandiant said China was devoting thousands of people to a military-linked unit that has pilfered intellectual property and government secrets.

China has cited leaks by former American intelligence contractor Edward Snowden -- revealing mass US electronic surveillance programmes -- as evidence that the United States is guilty of double standards when it comes to online espionage.