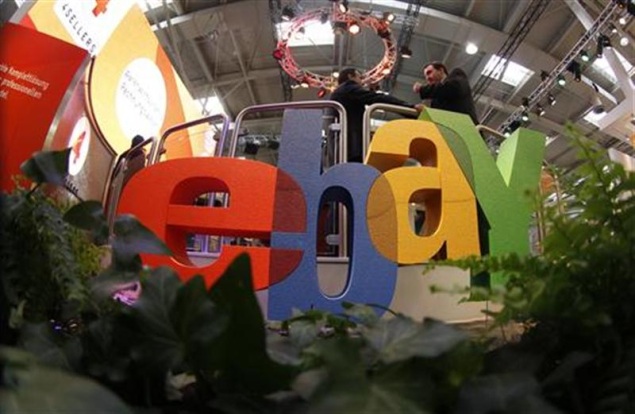 Several gold-colored medals strung on yellow-and-blue ribbons for runners of Monday's Boston Marathon were being offered for sale on eBay on Thursday, listings the manufacturer described as "disgusting" because of the twin bombings at the finish line.

Dan Ashworth, president and owner of Ashworth Awards of North Attleborough, Massachusetts, which has made medals and pins for the marathon for the past 31 years, said passersby may have picked up medals in the chaos and could be trying to profit from them. Some were fetching bids of more than $500.

"It's pretty disgusting," Ashworth said. "I don't think any marathoner would sell their medal."

eBay Inc spokeswoman Kari Ramirez said the company "does not allow listings that graphically portray, glorify or attempt to profit from human tragedy or suffering," and that the company was "deeply saddened by the Boston tragedy."

The bombings killed three people and injured 176 others.

Ramirez said eBay's teams were monitoring related listings to ensure "they comply with our policies and also taking into account reports from our community members."

The company said it evaluates whether to remove listings on a case-by-case basis and a spokeswoman did not respond to a question on whether it was considering blocking the medal listings.

The Boston Marathon, run for its 117th consecutive year on Monday, is one of the most prestigious in the sport and attracts runners from all over the world. It requires most runners to qualify by having run fast times in other marathons. Many runners spend years trying to meet the standard.

Ashworth's company produced some 26,000 medals for the marathon. He said he had been waiting near the finish line, first for his wife and then her sister, who completed the marathon nine minutes before the explosions.

Boston police spokeswoman Angeline Richardson said the department had not been notified of any thefts. Marathon spokesman Marc Davis also said he was unaware of such a theft.

After Apple's rise, a bruising fall
Blackstone drops out of race to buy Dell: Report