Boston attacks trip up Reddit in its turn in spotlight 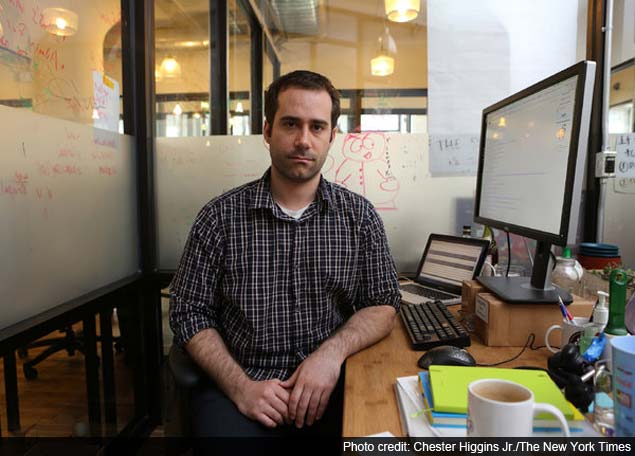 In the days after the Boston Marathon bombings, the social media and entertainment site Reddit had the breakout moment it had been waiting for - but not the one it expected.

After site members, known as Redditors, turned into amateur sleuths and ended up wrongly identifying several people as possible suspects, Reddit went from a font of crowdsourced information to a purveyor of false accusations, to the subject of a reprimand by the president of the United States himself, to the center of another furious debate about the responsibilities of digital media.

Last Monday, Erik Martin, the site's general manager, posted an apology, saying, "Activity on Reddit fueled online witch hunts and dangerous speculation which spiraled into very negative consequences for innocent parties. The Reddit staff and the millions of people on Reddit around the world deeply regret that this happened."

In a subsequent interview, however, Martin was unclear about how it might play out differently in the future.

"We could have reminded people about our rules on the disclosure of personal information; we could have shut down the subReddit earlier than the moderators shut it down," he suggested. (SubReddit is a name for a subject forum where a thread or threads of conversation develop on the site.)

But, he added, except for higher vigilance and a moderation of discussion "tone," the site was not ready to institute new rules of behavior.

"Reddit is a sort of attention aggregator," he said. "It can tell you what to pay attention to, but it is certainly not a replacement for news reporting."

While Reddit has never pretended to be a news organization, it is learning that as it grows bigger and more influential the rest of the world expects it to exercise judgment - judgment that is often at odds with the freewheeling culture it and its members prize. (Internet host sites are shielded by federal law from liability for the speech of their users.)

Other sites have felt the need to police themselves after being scrutinized in similar situations. Craigslist, which carries classified ads of all kinds, suspended its adult services offerings in 2010 after more than a dozen state attorneys general threatened action against it, complaining that it was promoting prostitution. Last year Google, the owner of YouTube, blocked a video that mocked Islam in Libya and Egypt as violent reaction to the video spread in those countries.

This is not the first time Reddit has found itself in an embarrassing situation, and by some accounts the timing now could not be worse.

"They are sort of a subculture ready to break into the mainstream and it is too bad this was the moment," said Robert Quigley, a senior lecturer for the College of Communication at the University of Texas, Austin.

Started in 2005 by two University of Virginia graduates, Reddit is essentially an updated version of the electronic bulletin board in which registered users, anonymous or otherwise, can post a comment or a link on a topic deemed worthy (subjects vary from pornography to cat tricks to science). Users can then vote the posts up or down as they add their own commentary.

The most popular posts appear on Reddit's home page. A recent example is a bizarre picture of the teenage idol Justin Bieber in a ski mask with a bodyguard in a zippered one-piece sweatsuit.

The site's traffic has more than doubled in the last 12 months, and it currently reports some 62 million unique visitors a month. It was acquired by Conde Nast Publications in 2006, but in 2012 was spun off as a separate entity. Advance Publications, Conde Nast's parent company, remains the largest stockholder.

Although it is not a news organization, Reddit is used by young people as a place where they can tap into trends that do not appear on mainstream sites. It has also become an in-the-know stop for celebrities and politicians looking to gain traction with that age group. President Barack Obama made Reddit his last official campaign stop in the waning hours of the 2012 election.

Like many digital operations, Reddit, which is based in San Francisco, keeps its staff mean and lean. It has 25 employees, and uses volunteers to police its website to make sure rules are obeyed. Among Reddit's basic rules are a prohibition against vote manipulation, spam, child pornography and revealing other people's personal information.

Still, anyone who starts a subReddit essentially becomes its dictator, deciding who can moderate and who has access.

This has not always turned out so well.

In 2010, Reddit was the subject of a CNN investigative piece because of a subReddit called Jailbait that featured skimpily clothed young girls. In this case the self-appointed moderator of the blog was using his power to delete any posts showing girls older than 16.

Reddit shut down Jailbait, but it took months for the site to make a rule banning suggestive sexual content featuring minors. And even that was reluctantly.

"At Reddit we care deeply about not imposing ours or anyone else's opinions on how people use the Reddit platform," the site explained apologetically at the time.

It also did not make Reddit prevent the man behind Jailbait, Michael Brutsch, from monitoring a different thread called "Creepshot" that featured photos taken covertly of women in public.

Martin says that he does not believe Brutsch is on the site anymore and that"every day, all day long" Reddit removes people who are violating its rules.

The problem in the case of the Boston bombings, which inspired the thread "findbostonbombers," was that no explicit rules were being violated - at first. The instructions were simply: "Any and all theories welcome."

Martin says that when members began violating the policy against identifying crowd members and circling them as if they were suspects - as was the case with two innocent Boston high school students - the moderators shut it down. "It couldn't have been up for more than an hour,"he guessed.

Several other media websites carried the photos, and one appeared on the front page of The New York Post.

Martin says that Reddit's rules are sound, but what needs to change is the way the site enforces them. "If there are situations where it is basically inevitable that it will turn personal, we should shut it down."

To some, Reddit's decision to apologize was a sign of maturity. Trevor Timm, an activist with the Electronic Frontier Foundation, a nonprofit group based in San Francisco that advocates for digital liberties, said: "They issued a pretty good apology and that is more than you can say for some other media organizations, which might have caused more damage. When comparing Reddit to The New York Post, Reddit comes out looking good."