Bitcoin Gets Boost as US Watchdog Approves First Swap 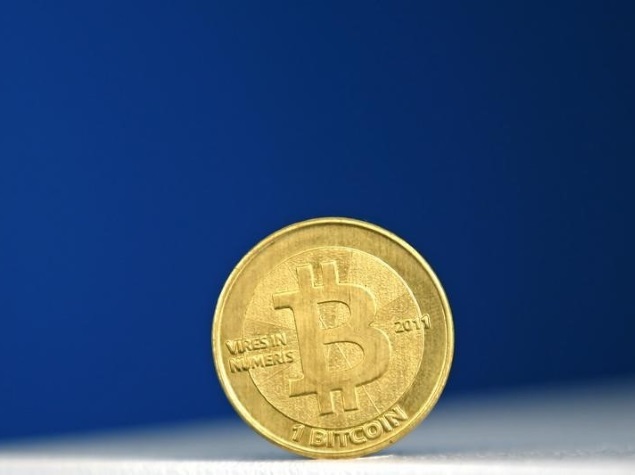 TeraExchange on Friday launched a swap based on the Bitcoin virtual currency, becoming the first to receive approval from a U.S. federal regulator for a financial product based on the budding technology.

The derivative allows clients to protect the value of their Bitcoin holdings by locking in a dollar value, offering an insurance against the astronomical price swings that have plagued the computer-generated currency.

"For a merchant to take Bitcoin, there wasn't until this product a regulated way for them to put on a hedge to manage the risk ... and now with this product they can," Christian Martin, who heads TeraExchange, told Reuters.

Unlike conventional money, Bitcoin is independent of control or backing by any government - something its advocates like, but that has also led to calls for more oversight and raised questions as to how to treat it for tax purposes.

Bitcoin started circulating in 2009 and is accepted as payment by an increasing, if small, number of companies. But huge swings in its value, and incidents where clients lost millions of dollars have hurt its reputation.

It took TeraExchange, which was launched in 2010, almost half a year to get the product past the regulator, the Commodity Futures Trading Commission, since first announcing its plans to launch the swap in March.

The company, one of a handful of platforms to facilitate regulated swaps trading that sprung up after the crisis, had to construct an index to gauge the value of Bitcoin that the CFTC was satisfied could not easily be manipulated.

The global scandal around the Libor interest rate benchmark, in which large banks were forced to pay billions of dollars, showed how easily traders can skew benchmarks, and then make profits through their swaps positions.

The Tera Bitcoin Price Index was based on information from six different exchanges, the company said, a number it expected to grow. It had agreed with the exchanges to share information if there were suspicious price moves.

A decision last year by the U.S. Treasury to classify exchangers of Bitcoin as money transmitters put such firms under the remit of state regulators, and the industry has met with a fractured response from federal regulators.

The decision by the CFTC, which regulates swaps and futures, constitutes the first recognition by a U.S. federal regulator of a Bitcoin financial product, even if the product does not itself involve the exchange of actual Bitcoins.

The swap locks in the dollar value of a given Bitcoin amount, and the difference is settled in dollars when the contract expires. At both moments, the contract references the new price index, which is published in real time.

TeraExchange said it had signed up some 50 clients that were interested in the products, merchants, hardware suppliers and the so-called miners who retrieve the Bitcoins from the computer programmes that generate the virtual currency.

The swap had been available to trade from Friday morning, and the company would now start marketing it. It had already received commitments from market makers, companies that offer prices for buyers and sellers to facilitate trading.