Big Tech, Independent Shops Spar Over 'Right to Repair' in US

Nevada’s ‘Right to Repair’ Bill would apply to consumer electronics worth less than $5,000 (roughly Rs. 3.6 lakhs). 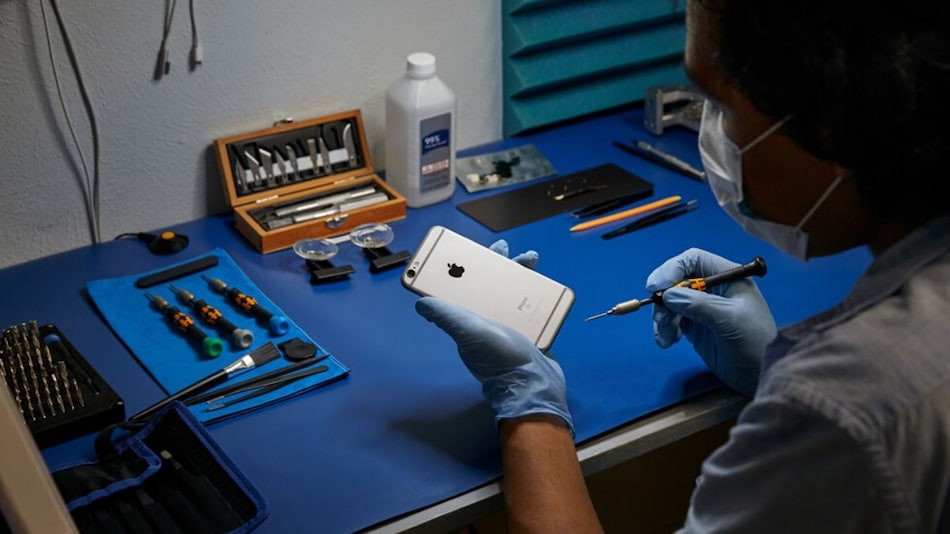 Whether government should require companies to provide independent shops — rather than just authorised dealers — access to the parts and schematics needed to fix devices is one front in a larger societal battle over how to regulate the technology industry as their products become more and more necessary in everyday life. It distills anti-trust policy debates down to how and where consumers can fix a broken smartphone and whether the companies that have transformed communication by producing them have a right to safeguard their intellectual property.

So-called "Right to Repair" bills, which are under consideration in 25 statehouses, are loosely based on a Massachusetts ballot initiative that voters approved last year to make car parts and plans available to repair shops.

Nevada's bill would apply to consumer electronics worth less than $5,000( roughly Rs. 3.6 lakhs) wholesale and exempt equipment used for gambling. Lawmakers in Nebraska have tailored repair legislation to agricultural equipment and farmers while California is considering requiring medical equipment manufacturers make available information on how to repair devices like ventilators.

Assemblywoman Selena Torres, a Las Vegas English teacher who once worked at a battery store that did repairs, said adding the requirement to state law would protect jobs in the electronics repair industry, enabling people to fix their devices locally rather than having to ship them to out-of-state manufacturers. She said she was sponsoring the bill to provide consumers more affordable repair options — something that's particularly urgent as the pandemic has forced students and remote workers to rely on technology, she said.

The Clark County School District distributed tens of thousands of Google Chromebooks to facilitate distance learning, but it took months to ensure all students in the Las Vegas area had internet and device access, according to Nevada's " Connecting Kids " task force.

"Early in the pandemic, a nationwide laptop shortage left millions of students unprepared for virtual learning. As an educator I saw firsthand how families struggled to share one device with several school-aged children," Torres said. "The right to repair will give schools and other institutions the information they need to maintain equipment and empower the refurbished computer market, saving taxpayer dollars and improving digital access."

TechNet, a trade group that lobbies for Apple, Hewlett-Packard, Honeywell, and other device manufacturers, has mounted vigorous opposition to the repair bills in state legislatures.

Cameron Demetre, the organisation's regional executive director, said manufacturers worried about "unvetted third parties" having access to the personal information stored in consumer electronics. He said the bill had "the potential for troubling unintended consequences, including serious adverse security, privacy, and safety risks."

Repair businesses wonder why fixing batteries or smartphone home buttons compromises cybersecurity and say that over the past decades, manufacturers have made it increasingly difficult to purchase the parts needed to fix machines. They say the companies direct customers to replace their printers or computers even if only an inkjet or motherboard needs repair.

"It's changed from being able to do anything you want to repair your computer or printer to 'You can't do anything now.' Everything's changed to being disposable or impossible to repair," said Curtis Jones, who runs the Technology Center in Sparks.

Without parts and schematics, Jones worries that his business will soon have to shutter. His staff often jokes about how, in a few years, they'll be packaging new devices in an Amazon warehouse rather than fixing ones able to be repaired.

Jones believes tech companies want to control the repair business and would rather customers purchase brand new devices rather than repair aging ones. When devices are repairable, he worries about unnecessary long-term environmental impacts pushing people to purchase new technology will bring: "We're going to have landfills so overloaded, we're going to have to start living on top of old printers or computers," he said.

Consumer Electronics Association lobbyist Walter Alcorn noted how device manufacturers operate in a competitive marketplace and told lawmakers that their worries about unauthorized repair shops tinkering with their technology could compromise public perception of their products.

"One of the reasons that consumer electronics manufacturers are so sensitive is that their business model is based on their brand reputation," he said. "The concern that these companies have in protecting their brands — and these products still carry their names on them — is in particular that the repairs will be done wrong or that substandard parts will be included and the customer experience will be different."

From April 1, Expect Disruptions to These Types of Card Payments: 10 Facts