Modi said that this effort will connect more youngsters with the noble thoughts of the Gita. 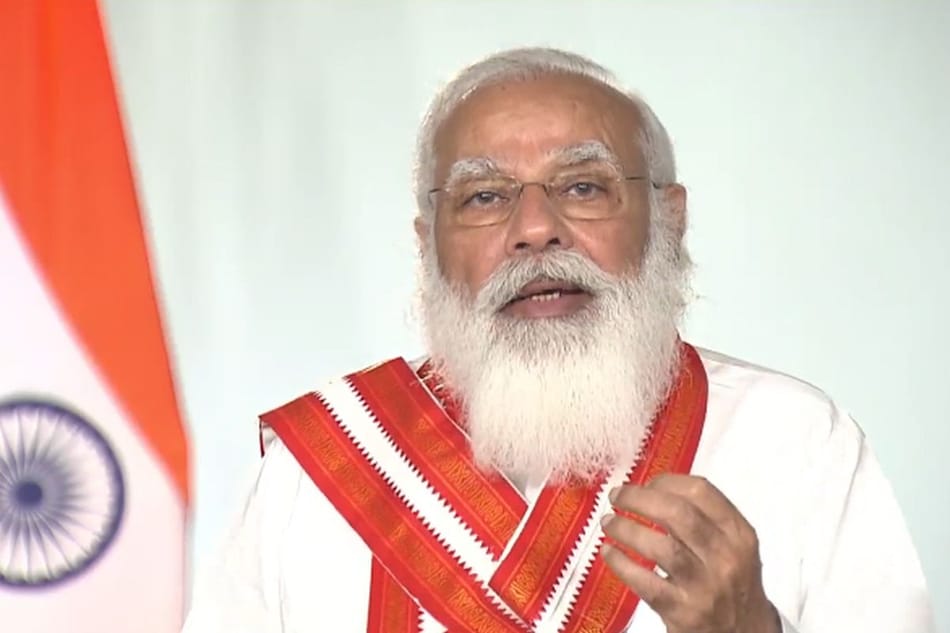 Prime Minister Narendra Modi launched the Kindle version of Swami Chidbhavananda's Bhagavad Gita on Thursday. Speaking at the event via video conferencing, the prime minister said 1.3 billion people of India have decided their course of action of making India Atmanirbhar, or self-reliant.

Asserting that a self-reliant India is good for the world, PM Modi said that at the core of Atmanirbhar Bharat is to create wealth and values "not only for ourselves but for the larger humanity."

In the recent past, when the world needed medicines, India did whatever it could to provide them, he said.

"Our scientists worked in a quick time to come out with vaccines. Now, India is humbled that vaccines made in India are going around the world. We want to heal as well as help humanity. This is exactly what the Bhagavad Gita teaches us," the prime minister stressed.

E-books are becoming very popular specially among the youth.

Therefore, this effort will connect more youngsters with the
noble thoughts of the Gita: PM @narendramodi at launch of e-book version of Swami Chidbhavananda Ji's Bhagvad Gita

He said when the Bhagavad Gita was born there was conflict and many feel that humanity is passing through similar conflict and challenges now, the prime minister said.

"The world is fighting a tough battle against a once-in-a-lifetime global pandemic. The economic and social impacts are also far reaching. In such a time, the path shown in Bhagavad Gita becomes ever relevant," he asserted.

It could provide strength and direction to once again emerge victorious from the challenges humanity faces, he said.

"In India, we saw many instances of this. Our people-powered fight against COVID-19, the outstanding spirit of the people, the courage of citizens, one can say that behind this is a glimpse of what the Gita highlights," he said.

Noting that Ebooks are becoming very popular specially among the youth, the prime minister said that this effort will connect more youngsters with the noble thoughts of the Gita.

The beauty of the Gita is in its depth, diversity, and flexibility, he said.

Samsung Galaxy M31s Getting Android 11-Based One UI 3.1 Update in India
Elon Musk Gains $25 Billion in Just One Day to Set a New Milestone