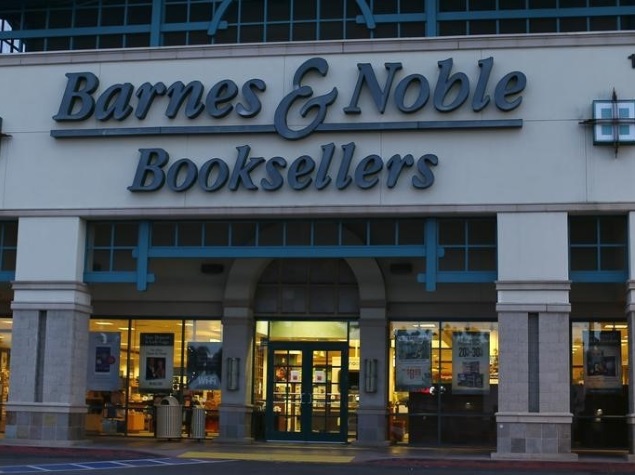 Barnes & Noble Inc said it would spin off its college books unit and keep its Nook tablets and ebook business, instead of spinning off a combination of the two.

The company's shares rose as much as 8 percent to $26.21, the highest since August 2009, in morning trading on the New York Stock Exchange on Thursday.

Barnes & Noble said in June it planned to spin off Nook Digital Media, which at the time included the company's profitable and fast-growing college books unit.

"We said we were separating Nook Digital business from the retail business, but the board decided that separating the college business would allow each business to optimize the opportunities," spokeswoman Mary Ellen Keating said.

Nook will now become part of the retail business, she said.

The business accounted for nearly 45 percent of the company's revenue in the second quarter ended November 1.

Barnes & Noble has been struggling to boost sales at a time when people increasingly choose to buy books from online retailers such as Amazon.

Amazon's Kindle line of ebook readers has also eaten away market share from Barnes & Noble's Nook tablets, which have cost the company millions over the past five years.

Sales at the Nook division fell 55.4 percent to $56 million (roughly Rs. 346 crores) in the nine-week holiday period ended Jan. 3, mainly due to lower sales of tablets and accessories.

Barnes & Noble said shares of the new company, Barnes & Noble Education, will be distributed to shareholders in a tax-free transaction expected to be completed by the end of August.

Guggenheim Securities LLC is the company's financial adviser for the spinoff.

Max Roberts, chief executive of the college bookstore unit, will lead the new company, which will be based in Basking Ridge, New Jersey.