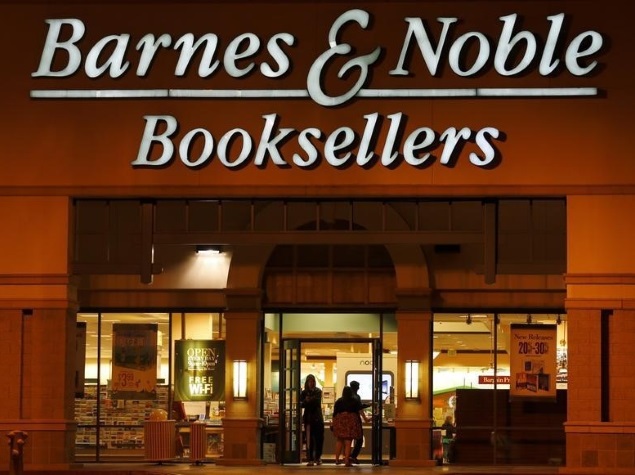 Barnes & Noble Inc reported a fall in sales for the fourth consecutive quarter as demand for the company's Nook tablets continued to fall and customers stayed away from its brick-and-mortar bookstores.

Shares of Barnes & Noble were down 3 percent at $25.55 in morning trading.

Stiff competition from online retailers such as Amazon Inc and a shift towards reading ebooks on devices such as Amazon's Kindle and tablets has hurt sales at Barnes & Noble's bookstores.

Barnes & Noble invested hundreds of millions of dollars in its own device, the Nook tablet, which it launched in 2009 to give itself a fighting chance against Amazon.

Though the Nook initially met with success, demand fell rapidly, resulting in a sales decline at the division that has lasted for more than two years.

To return to growth, Barnes & Noble has been prominently featuring popular books and movies, organizing group reading activities and integrating its online and retail platforms.

The company has even added gifts, toys, craft beer kits, portable turntables and a wide selection of signed books to its stores.

The company said on Thursday it expects full-year 2016 core comparable sales, which exclude sales under the Nook digital division, to grow 1 percent due to likely improvement in its physical books business.

Net loss narrowed to $19.4 million (roughly Rs. 123 crores), or 37 cents per share. Analysts on average had expected a loss of 39 cents per share, according to Thomson Reuters I/B/E/S.