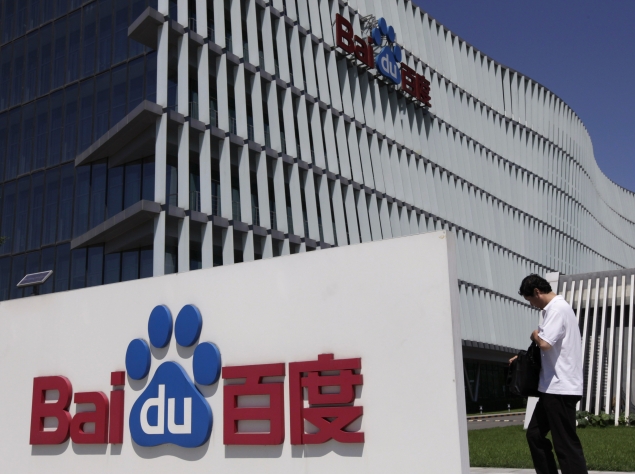 The big three plan to use the money to pad their industry advantage at home, to compete better abroad, and perhaps to buy cash-starved rivals.

Ultra-low interest rates on U.S. government bonds, the benchmark against which most debt is measured, have driven down borrowing costs around the world. That has been a boon to corporate borrowers who are finding plenty of yield-hungry investors willing to extend long-term credit.

"The mature guys, Alibaba, Tencent, Baidu, these guys need to fund new growth. They are incredibly dominant in China, so they need to expand into international markets and create new products," said Sean O'Rourke, an analyst at Shanghai-based Redtech Advisors.

O'Rourke said the money that Baidu raised in November a total of $1.5 billion in 5- and 10-year bonds would be more than enough to buy some of its smaller rivals, and said there were "dozens" of potential takeover targets.

While Baidu said it intends to use this tranche of funds for cross-border acquisitions, it could potentially spend it on buying domestic competitors that have listed abroad.

Baidu's bond sale was notable both for its size and its reception in the market, which has been sceptical of U.S.-listed Chinese companies after a rash of accounting scandals. The hurdle was especially high for Baidu because it lacks the physical assets bond investors prefer, and it was seeking a 10-year term, which is a lifetime for a technology firm.

Yet it managed to sell the debt at a yield of 3.518 percent, just 185 basis points over the risk-free rate that is normally associated with U.S. Treasury bonds.

Google sold 10-year bonds in May 2011 with a yield of 3.734 percent. Treasury yields have fallen since then, so if Google were to tap the market now it might obtain a lower rate.

IPO no go
The bond market embrace comes at a good time for technology companies because corporate the governance scandals have all but shut down another popular funding avenue - listing of shares on U.S. exchanges.

Just two Chinese technology companies have successfully launched U.S. initial public offerings this year, including newly listed YY Inc. That's down from 15 in 2011 and way off the 41 issues in 2010.

These IPOs have raised only $153 million this year, compared with $2.17 billion last year and $4.01 billion in 2010, Thomson Reuters data shows. By contrast, Tencent and Baidu raised $2.1 billion via bond issues this year, while Alibaba has raised a massive $4 billion in loans.

"It's a lot faster and simpler to raise bonds - raising equity would result in share dilution and takes a longer time," said Thomas Chong, Internet analyst with BOCI Research in Hong Kong.

Chong said the companies were keen to borrow even though their balance sheets are loaded with cash because they need U.S. dollars but their revenue is primarily in yuan.

China's tax laws provide another incentive to borrow in the international credit markets. If Chinese companies use domestic cash to repay foreign borrowing, they would have to pay a remittance tax of as much as 10 percent, said Catherine Chan, head of investor relations at Tencent.

"Raising offshore capital to repay offshore loans through bonds issues will help optimize our tax obligation while allowing us to take advantage of the higher deposit rates in China by parking cash generated from our operations onshore," she said.

Size matters
Credit investors and analysts doubt that the positive reception afforded to China's tech giants will trickle down to smaller players whose prospects may be less certain. That means debt markets won't replace IPOs.

Many Chinese Internet companies could use cheap bond funding right now, especially those in gaming and e-commerce. But the lesser known firms are eyed suspiciously because they lack solid assets and their cash flows are unpredictable.

"It will take some time to educate the bond market about Internet companies, given we are usually asset-light and have a shorter track record than traditional brick-and-mortar industries," said Tencent's Chan.

Even for established names, market perceptions can change rapidly Yahoo lost 80 percent of its market capitalisation since its Internet peak in 1999 while Google's stock has risen more than six-fold since its stock market debut in 2004.

"If you look at the rapid rate of changes in technology and consumer behaviour, I would be concerned about holding debt in the longer term. You could, for instance, have some new platforms or delivery medium emerging and taking over from these sites," said Tim Jagger, Singapore-based portfolio manager at Aviva Investors.

Apple iPhone 5 the most-searched gadget on Yahoo! in 2012
At 20, SMS feels the age as tweets, IM take over