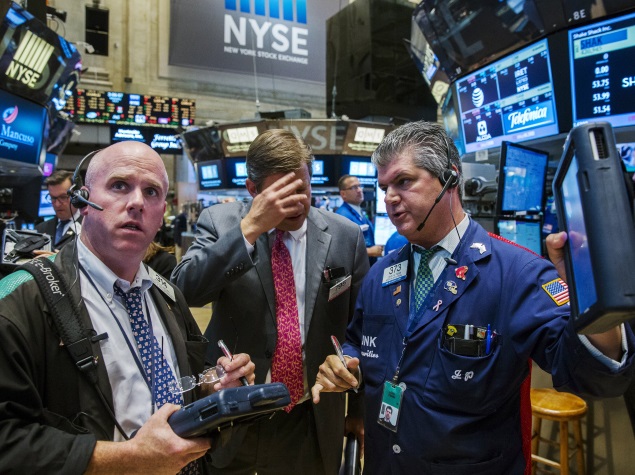 It was a rough day for tech in the US: The nation's biggest airline, its oldest stock exchange, and its most prominent business newspaper all suffered technology problems that upended service for parts of Wednesday.

Government officials said that it did not appear that the incidents were related, or the result of sabotage, counter to an endless stream of jokes and conspiracy theories posted on Facebook and Twitter - and even the suspicions of FBI director James Comey.

"In my business, you don't love coincidences," Comey told Congress Wednesday. "But it does appear that there is not a cyber intrusion involved."

First a "router issue" at United Airlines suspended all of the company's flights for nearly two hours, leading to 800 flight delays and 60 cancellations. Then at 11:32 a "technical problem" at the New York Stock Exchange halted trading. In the midst of that, the Wall Street Journal's website, WSJ.com, had "technical difficulties" that sent readers to a temporary site while the paper worked to fix the problem.

"The problem is humans can't keep up with all the technology they have created," said Avivah Litan, an analyst at Gartner. "It's becoming unmanageable by the human brain. Our best hope may be that computers eventually will become smart enough to maintain themselves."

Technology makes life easier and the economy more efficient, allowing for nearly instantaneous flow of information and communication and for remote control of far-flung operations. Until it fails. And technology problems like Wednesday's that temporarily knock out vital services and conveniences of modern life are likely to become more common as computers and other electronic devices increasingly connect together over the Internet.

For United, it was the second major technical issue in two months. On June 2 the airline had to halt all takeoffs in the U.S. because of what it described as computer automation issues.

It may be that we are rushing to push technology into business operations and our daily lives before it is fully ready, experts caution. Lillian Ablon, a technology researcher for the Rand Corp. says the confluence of breakdowns should be interpreted as a wake-up call to companies and engineers to program their networks to protect them against inevitable glitches and malicious attacks by outsiders.

"Instead of just letting the technology rush ahead of us and then trying to catch up in terms of privacy and security, we should be baking those things into the systems from the start," she said. "We need to be a little smarter on how we are coding things."

It took the New York Stock Exchange until 3:10 p.m. - just over three and a half hours - to resume trading. "I think everyone needs to assume technology is going to go down sometimes, but you should be resilient enough to quickly recover from the outage within a half hour, if not a few minutes," Litan said.

Still, being deprived of technology for a few hours is a reminder that it is still clearly better than the alternative.

"When you've got six of seven billion shares a day (trading) I'm not sure you've got any other choice," said Larry Tabb, founder and CEO of the Tabb Group, a financial research firm that focuses on market structure and trading. "I can't image going back to paper tickets and floor trading. If Google goes down are you going to have a bunch of people with encyclopaedias looking up answers for people? The cat is out of the bag."