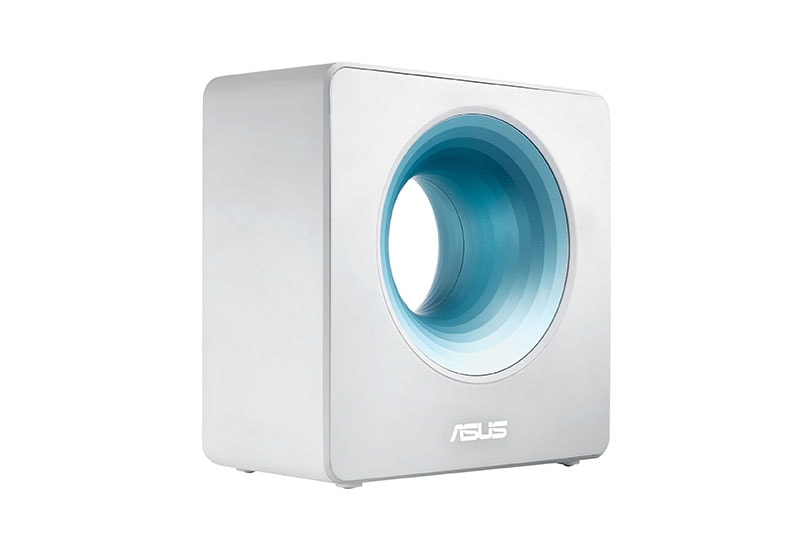 Asus has launched a new router at Computex 2017 called the Blue Cave. If you’re wondering why it’s called so, that’s because there’s a blue-coloured hole in the middle, shaped a bit like a vortex.

There are no ugly antennas here, with the Asus Blue Cave aiming to be pleasing to the eyes. The antenna issue has been solved by using internal antennas, much like Netgear Orbi or Google Wifi, which allows for a much neater look.

But the Blue Cave isn’t designed to support a mesh network system unlike those two. It does have a few smarts, though, namely a security solution powered by Trend Micro (it’s called Asus AiProtection), and an app that allows you to monitor usage per user, network activity, security reports, and restrict apps. The app also sends out a notification when a new, unknown device connects to the router, and if AiProtection detects a hack.

The Blue Cave has also got support for IFTTT, through which you can create automated tasks for any IFTTT-equipped device or service, and Alexa, which should help you talk to other Internet-of-Things devices.

Inside, it has the latest Intel Wi-Fi chipset which allows for AC2600-class dual-band Wi-Fi speeds, which Asus claims should be good for “smooth 4K UHD video streaming, lag-free gaming and fast file downloads”. The new Asus router also claims to support more devices simultaneously than most routers, without listing a number.