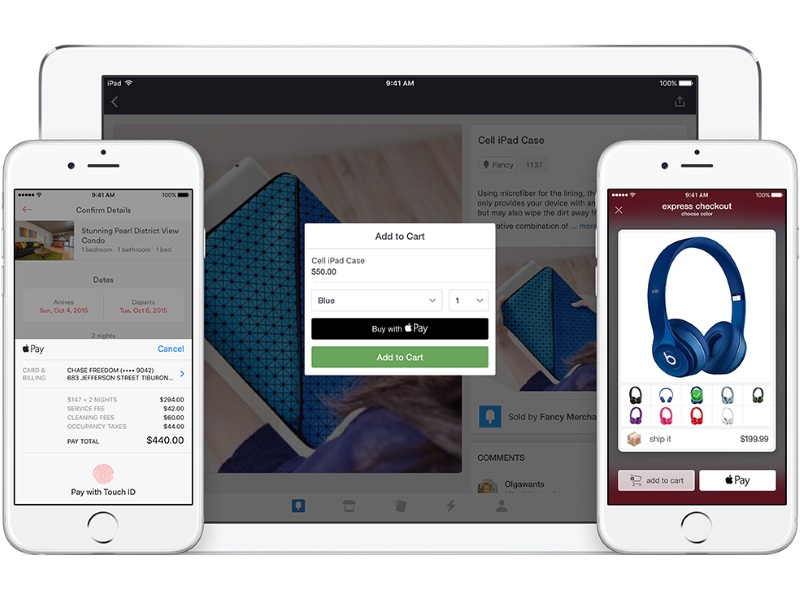 Apple's mobile-payment service Apple Pay will now work on websites, a long-awaited feature that will pit the company directly against companies such as PayPal Holdings Inc.

Shoppers using Apple's Safari browser can buy items online by swiping their finger across an iPhone sensor, as they do when making purchases in physical stores, Craig Federighi, a senior vice president at Apple, said Monday in a presentation at the Apple Worldwide Developers Conference in San Francisco.

That verification is an advantage in fighting fraud online and may help Apple gain traction with e-commerce retailers. The feature will help those retailers speed up and simplify the checkout process by making it unnecessary for customers to type in credit-card numbers. That may help reduce the number of customers who abandon their shopping carts before paying, Ajay Kapur, chief executive officer of Moovweb, which adapts websites for mobile devices.

"Apple Pay for the web is probably the biggest thing in e-commerce technology that I can remember, since e-commerce itself," Kapur said in an interview ahead of the announcement. "With a thumbprint, it will be as seamless as buying on Amazon." His company is investing $10 million (roughly Rs. 67 crores) in building Apple Pay into its online software, he said.

The feature is only available through Apple's Safari browser, and not on Google's Chrome, the world's most-popular browser, which has more than a billion mobile users.

"Apple Pay in browser limited to Safari is going to be a tough one to swallow for many," said Ben Bajarin, an analyst at Creative Strategies, wrote on Twitter.

Still, the move online is a blow to companies like PayPal, which offers shoppers one-click payment, said Roger Entner, an analyst with Recon Analytics. PayPal also lets users of certain devices log into their accounts with a fingerprint reader.

"For PayPal, it's pretty much a direct attack on their core business," Entner said in an interview. "If Apple figures out a more convenient way of going through the authentication process, customers that have Apple Pay may pick that and not use PayPal."

PayPal, a payment option on Apple.com, has much larger scale in the payments market, said PayPal spokesman Anuj Nayar. The company has 14 million active merchant accounts, and 170 million active consumer accounts, he said. "PayPal is much more than a button on a website," he said. "What we are building is truly an operating system for digital commerce."