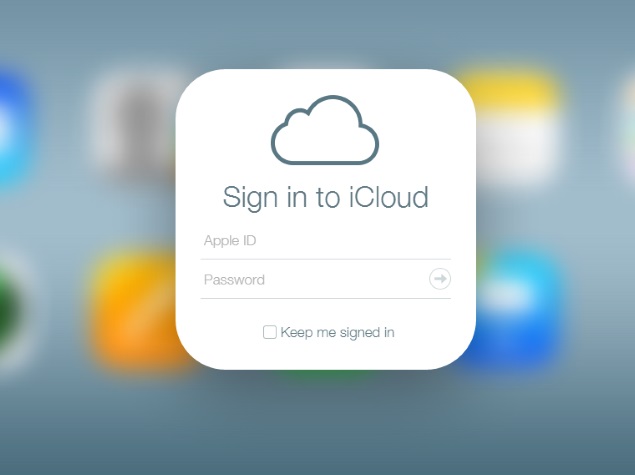 The company also revealed that starting October 1, app-specific passwords will be required to access to third-party apps such as Microsoft Outlook, Mozilla Thunderbird, and BusyCal, which do not support the two-step verification feature. More details can be found on Apple's support page.

Ars Technica reported the roll-out of two-step verification for iCloud first, and noted, "The accounts of victims of social engineering attacks or those who used passwords based on personal data could be harvested of their backup data-allowing the attacker to gain access to photos, call records, SMS records, e-mail, and other personal data."

(Also see: How to Prevent Theft of Photos From Your iCloud Account)

Apple Insider points out that the new two-step verification does not include Find My iPhone by default, which allows users to deactivate or wipe data from a trusted device remotely if lost or stolen.

The move to expand the two-step verification to Apple iCloud is aimed at restoring confidence in Apple's security since the leak of racy nude celebrity photos reported earlier this month, sparking widespread criticism of Apple's security processes from all over the world.

The company, just ahead of the iPhone 6 unveiling, had rolled out a new feature for iCloud users. Apple started sending alert emails when users' iCloud accounts were accessed through a Web browser.

Earlier this year, Apple expanded availability of its two-step verification feature for iCloud and Apple ID users to 59 countries, a list that included India as well.

For the uninitiated, Apple ID users can go to the Password and Security tab to enable the two-step verification. Users will also need to register one or more trusted devices. Following this, a 4-digit verification code is sent via SMS or through the Find My iPhone app, if installed.

After enabling it, users won't need to remember answers to security questions each time they set-up a new device with that ID. Apple also sends a 14-digit Recovery Key for safekeeping which users can use to access their account if they forget their password or lose their device.

Also, Apple does not allow two-step verification setup to proceed if the user had recently made any significant changes including resetting his password or selecting new security questions to his account information and puts a waiting period as a security measure.