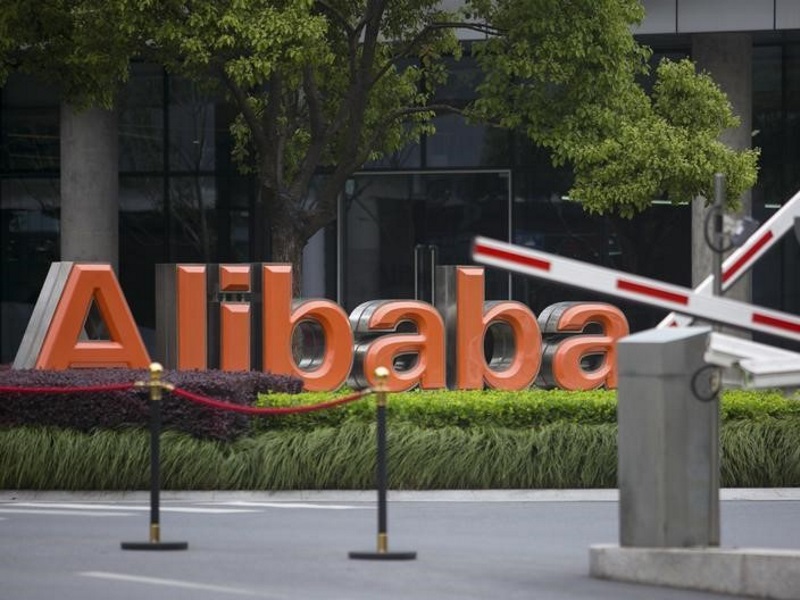 An anti-counterfeiting group said Friday it was suspending Alibaba's membership following an uproar by some companies that view the Chinese e-commerce giant as the world's largest marketplace for fakes.

The International Anti-Counterfeiting Coalition told members that it had failed to inform the board of directors about conflicts of interest involving the group's president, Robert Barchiesi.

Earlier Friday, The Associated Press reported that Barchiesi had stock in Alibaba, had close ties to an Alibaba executive and had used family members to help run the coalition.

The coalition, in a letter to members sent after the AP report came out, said conflicts weren't disclosed to the board "because of a weakness in our corporate governance procedures." It said the failure was not because of "inaction on Bob's part," referring to Barchiesi.

The coalition said that it is hiring an independent firm to review its corporate governance policies.

In its letter, the board said that as a result of members' concerns, it was suspending a new class of membership under which Alibaba had recently joined. The move would affect two other companies that signed up under the new rules.

Jennifer Kuperman, Alibaba's head of international corporate affairs, said companies like Alibaba were important for solving the problem of counterfeiting.

"Whether or not we are a member of the IACC, we will continue our productive and results-oriented relationships with brands, governments and all industry partners," she said.

At issue is the independence of a small but influential coalition that lobbies US officials and testifies before Congress.

In recent weeks Gucci America, Michael Kors and Tiffany have quit the Washington DC-based coalition, which has more than 250 members.

The AP found several ties between the group's president and Alibaba:

-Barchiesi has owned Alibaba stock since its 2014 listing in New York. The IACC said in a statement that the holdings represent "a small percentage of his investment portfolio."

-Matthew Bassiur, who took over as vice president of global intellectual property enforcement at Alibaba in January, hired Barchiesi's son, Robert Barchiesi II, to work at Apple back in 2011. Alibaba said that hire was made on merit. Apple declined to comment.

-Bassiur is a founding board member of the ICE Foundation, which supports U.S. Immigration and Customs Enforcement employees. Since 2013, the foundation has been run by Barchiesi's other son, James Barchiesi. That same year, the foundation's board voted to award a contract for "fiscal and operational management" to a private company, also run by James Barchiesi. The foundation has received grants of $10,000 from the anti-counterfeiting coalition every year since 2012, tax filings show.

Kuperman, of Alibaba, said Bassiur's expertise would help the company "further instill trust in our marketplaces."

"We are highly confident in his abilities and proud to have him at Alibaba in this critical global role," she said.

Robert Barchiesi had also come under fire for his stewardship of the coalition and allegations of conflicts of interest on the move to include Alibaba.

"It's crossed the line ethically," said Deborah Greaves, a partner at Brutzkus Gubner law firm and a coalition board member from 2011 to 2013. She said she didn't know that IACC chief Robert Barchiesi had stock in Alibaba until informed by the AP. "Really problematic," she said.

"Everything the IACC does that makes Alibaba look better potentially drives up the price of the stock," said Greaves, whose firm is a coalition member. "As a board member, I would never have bought stock in Alibaba."

The storm has laid bare the loathing that some feel for a company heralded as one of communist China's greatest capitalist success stories.

Critics had feared Alibaba would use IACC membership to gain legitimacy while papering over fundamental flaws in how it does business. Gucci and other brands owned by France's Kering Group allege in US court filings that Alibaba knowingly profits from the sale of fakes. Alibaba has dismissed the case as "wasteful litigation."

Michael Kors' general counsel has called Alibaba "our most dangerous and damaging adversary."

The coalition's tax filings show that, in addition to the ties to Alibaba, Robert Barchiesi runs his organization like a family business. The coalition paid companies founded and run by one of Barchiesi's sons nearly $150,000 from 2012 to 2014 for rental costs, accounting, IT support and advertising. It employs the son's wife, Kathryn Barchiesi, as a program manager.

Though the coalition attests that its financial statements were reviewed by an independent accountant, tax filings show the accounting firm was owned by Barchiesi's son.

In a statement, the coalition said the family connections had been disclosed and the contracts were fairly valued. "The board of directors of the IACC believes that Mr. Barchiesi's performance as president has been exemplary, and he has the board's full confidence and support," the statement said. The group told its members the same in its letter, which it said was a response to an anonymous letter sent to board members Wednesday that detailed a list of concerns about governance. The letter threatened a mass walkout unless Alibaba was pushed out. The writer claimed to represent a group of concerned members, but that could not be verified.

"What you have allowed this organization to become is utterly disgusting and changes must be made immediately," the email says.

The move to suspend Alibaba comes ahead of the IACC's spring conference in Orlando next week, where the Chinese company's founder Jack Ma was scheduled to speak.