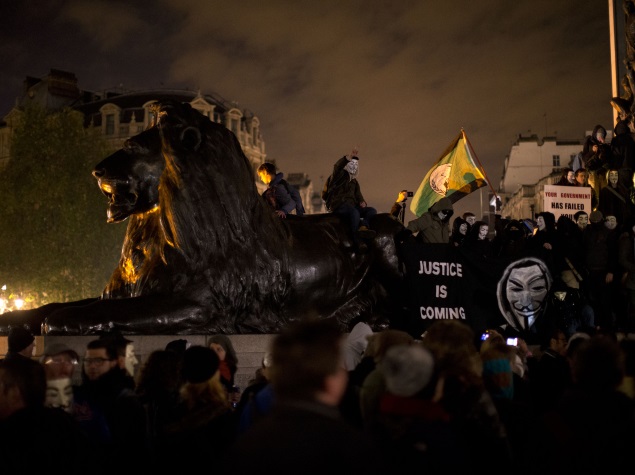 The hacker group Anonymous is preparing a cyber-attack on corporate sponsors of the World Cup in Brazil to protest the lavish spending on the soccer games in a country struggling to provide basic services, said a hacker with knowledge of the plan on Friday.

"We have already conducted late-night tests to see which of the sites are more vulnerable," said the hacker who operates under the alias of Che Commodore. "We have a plan of attack."

"This time we are targeting the sponsors of the World Cup," he said in a Skype conversation from an undisclosed location in Brazil. Asked to name the potential targets he mentioned Adidas, Emirates airline [EMIRA.UL], the Coca-Cola Co and Budweiser, which is owned by Anheuser-Busch InBev.

Reuters had no means of confirming Che Commodore's identity or his affiliation with Anonymous.

The sponsors did not immediately respond to requests to comment on the threat.

A DDoS or Distributed Denial-of-service is a low-cost attack aiming at taking a website offline by simultaneously requesting access from thousands of computers in order to jam the host server.

The threat of cyber-attacks is yet another headache for the organizers of the World Cup kicking off on June 12 in Brazil. The 32-nation soccer tournament has already been marred by embarrassing delays in the building of stadiums and widespread discontent in Brazil over the excessive cost of hosting the event in a country with deficient public services.

In what could be the biggest cyber-security breach since the U.S. National Security Agency allegedly spied on President Dilma Rousseff's personal communications, Anonymous this week posted 333 documents extracted from the Foreign Ministry's computing network.

They include a briefing of talks between Brazilian officials and U.S. Vice President Joe Biden during a visit to Brazil in May last year and a list of sport ministers that plan to attend the World Cup.

A hacker known as AnonManifest used a phishing attack to break into the Foreign Ministry's databases and eventually access its documentation system, Che Commodore told Reuters.

"Until yesterday afternoon the hacker still had access to the system," he said.

The Foreign Ministry closed down its email system after the attack and instructed its 3,000 email account holders to change their passwords. Federal police is investigating the breach.

A Foreign Ministry official told Reuters on Friday that only 55 email accounts were hacked and the only documents that were obtained where attached to emails and from the ministry's internal document archive.

"The problem has been resolved. Nothing important was leaked," said the official, who asked not to be identified because he was not authorized to discuss the matter.

But Brazilian diplomats abroad were left without email communications with their headquarters for several days. One diplomat in a European capital told Reuters on Friday the email service was still down.