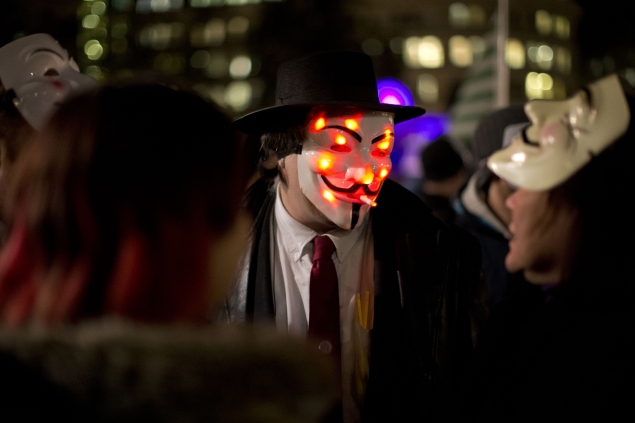 The 'Anonymous' group of computer hackers on Sunday followed up on its threat made to release data from Chinese government websites in support of the pro-democracy protests in Hong Kong.

The group released hundreds of phone numbers and email addresses of the Ningbo Free Trade Zone in Zhejiang province and a job-search site run by the Changxing county administration, also in the coastal province, Hong Kong-based South China Morning Post reported on Monday.

Anonymous took the action shortly after the government denounced the group's threat of cyber-attacks, which were apparently in support of the protesters.

The Chinese Foreign Ministry said earlier that the threat shows that China is a victim of cyber-assaults and faced a major threat from international hacker groups.

It was not immediately clear why the two websites were targeted.

Anonymous said it had already infiltrated more than 50 mainland government databases and leaked 50,000 user names and emails, saying it was fulfilling promises to "stand and fight alongside the citizens of Hong Kong".

The group had earlier targeted Hong Kong sites after issuing a first warning on October 2.

In a public video message, Anonymous declared 'cyberwar' on the government and police force for the use of tear gas against demonstrators, the Post report said.

Anonymous made some sites either inaccessible or intermittently accessible on October 3.

Michael Gazeley, managing director of security service provider Network Box, said it was difficult to judge "whether (the earlier attacks) really are (the work) of Anonymous to start with" because Anonymous is a loosely associated group, the Post report said.