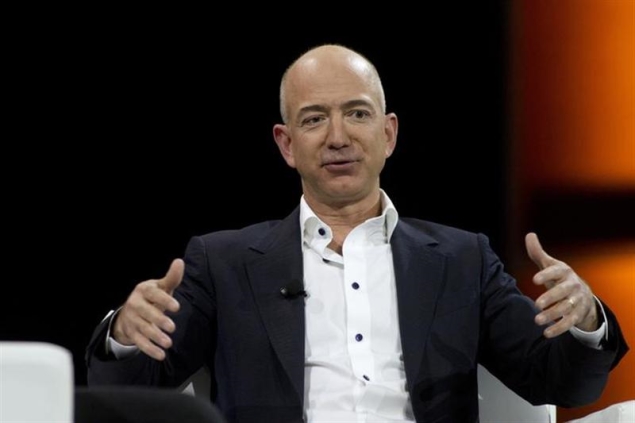 Jeff Bezos, founder of Amazon.com Inc and soon to be the new owner of the Washington Post, is one of the few chief executives in corporate America who refuse to bow to Wall Street's quarterly profit demands.

Since starting Amazon in 1994, he has frequently upset investors by spending heavily on long-term investments, even if it means missing analysts' financial targets and sending the e-commerce giant's stock price plunging.

Bezos' approach makes him well-suited to own a storied but deeply troubled newspaper business like the Washington Post. Away from the harsh glare of Wall Street, Post employees can expect an intense boss, but one who will likely not demand to see immediate financial returns from his $250 million acquisition.

"The Post has got itself a patient, exacting and imaginative owner which are attributes its journalists should welcome with open arms," Mike Moritz, a partner at Sequoia Capital and a former journalist, said in an email.

Bezos, 49, who is buying the Washington Post as a personal investment for $250 million, has funded an eclectic array of ventures through an entity called Bezos Expeditions, including the business news website Business Insider and Twitter, the messaging service.

He has not previously expressed deep interest in newspapers or journalism, though Amazon's forays into electronic books, tablet computers and television programming have placed it squarely in the media business. By his own description, he is a voracious reader of newspapers.

"He's long valued the written word and authors," said Tom Alberg, a managing director of the Seattle-based Madrona Venture Group and a board member of Amazon.com. "There's a danger of long-form journalism being on the decline. He takes a long-term view."

Retail revolution
Bezos' journey, both literal and figurative, from a successful stint on Wall Street to the suburban Seattle garage where he launched Amazon.com is one of the famous founding stories of the dot-com era.

From modest beginnings as an online bookseller, Bezos and Amazon branched out into almost every product category available, ending up taking on established retail giants such as Wal-Mart Stores Inc.

Under Bezos, Amazon launched the Kindle e-reader and revolutionized the way books are distributed and read. The company has also been a pioneer in cloud computing - a trend that has begun to turn the traditional IT business on its head.

More recently the company has moved into grocery delivery and begun experimenting aggressively with same-day delivery services. That experience could come in handy at the Post, given that production and distribution of printed newspapers remain the company's central business.

Despite its success, or perhaps because of it, Amazon has been a target of critics who say it is helping to destroy Main Street retailers and creating a new class of low-wage workers in its rapidly expanding network of distribution centers. In Seattle, locals have complained that the company is stingy with its philanthropy.

Yet an Amazon warehouse in Tennessee was a featured stop last week on President Barack Obama's economic policy tour, with the company announcing that it was hiring 5,000 more workers with pay and benefits that were better than those of most retailers. Amazon has also won over some critics by giving up its long-running opposition to sales taxes on online purchases.

Electric presence
Bezos has described himself as "stubborn" many times and likes to spend heavily on long-term projects while sharing few details with analysts and investors.

In person, the wiry, close-cropped Bezos is an electrifying presence. At Amazon's annual shareholders meeting, one of his rare public appearances, he answers often difficult and confrontational questions with brief intensity.

Politically, he has been mostly low-profile. He made waves with a $2.5 million donation to the campaign for a Washington State ballot measure supporting gay marriage, but otherwise he has given sparingly, and mostly to home-state Democrats.

His personal interests sometimes run to the exotic, such as the Blue Origin private space program and a plan to build a clock that will keep time for the next 10,000 years.

"I think a guy reaches a certain age, has money, realizes that stuff like what the Washington Post does is important, and figures he has the brains and the money to figure it out," said Battelle. "Not the first, won't be the last."