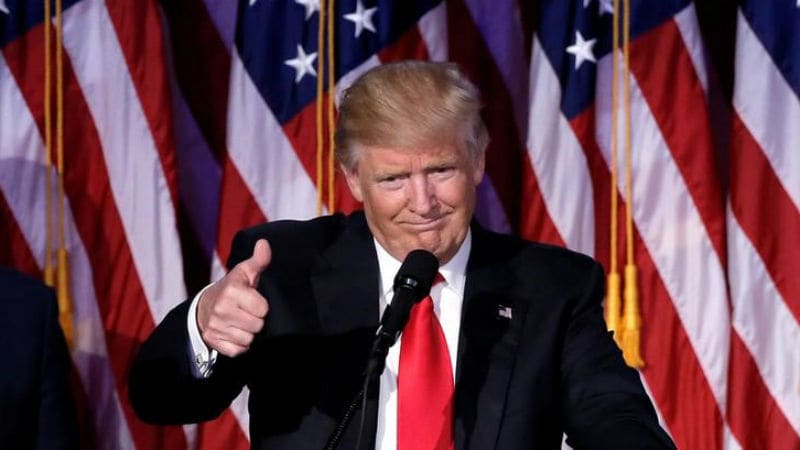 US President Donald Trump said on Thursday he would take a serious look at policies to address what he says are the unfair business advantages of online retailer Amazon.com.

Speaking to reporters while travelling back to Washington from West Virginia on Air Force One, he accused Amazon of not operating on a level playing field and not paying enough sales tax.

Asked if he wanted to make policy changes related to the company, Trump said: "We're going to take a very serious look at that."

The "sales tax situation" was going to be looked at soon by the Supreme Court, he added.

In the case to be argued on April 17, South Dakota is asking the nine justices to overturn a 1992 Supreme Court ruling that only companies with a physical presence in a state are required to collect the state's sales tax on purchases. The Justice Department filed a brief in support of South Dakota, which lost in lower courts.

Amazon is not involved in the case but the eventual ruling could have consequences for it and other e-commerce businesses. Amazon has already agreed to collect sales taxes in all 45 states that impose them on items it sells directly.

South Dakota argues that brick-and-mortar retailers suffer because they have to collect the taxes and therefore have a pricing disadvantage.

Trump's comments on Thursday followed a tweet earlier in the day calling the Washington Post the "chief lobbyist" for Amazon. His lobbying allegations repeated a previous unsubstantiated attack on the newspaper, while White House officials in recent days have said no policy changes related to Amazon were currently planned.

The Washington Post is privately owned by Jeff Bezos, the founder and chief executive officer of the online retailer. Amazon does not own the Post.

Trump regularly lashes out against what he perceives as critical articles in the Post as well as the New York Times and CNN. On Thursday, he took issue with a headline in the Post on China retaliating with trade penalties against US products.

"The Fake News Washington Post, Amazon's 'chief lobbyist,' has another (of many) phoney headlines," Trump said on Twitter.

"There isn't anybody here who is paid by Amazon," Baron told the New York Times in a report published on Tuesday. "Not one penny."

Amazon shares closed up 2.9 percent on Thursday, but dipped slightly after the market close following the latest Trump comments. Before Thursday's trading, the stock had dropped 4 percent since news website Axios reported last week that Trump was obsessed with Amazon and wanted to curb its power, possibly with anti-trust action.

Trump followed that report by repeatedly attacking Amazon's use of the United States Postal Service, claiming it is losing money delivering Amazon packages, without presenting any evidence to back up his assertion. He repeated the claim, "The Post Office is not doing well with Amazon," in his comments on Thursday.