Amazon Said to Offer Discounts to Expand Its Payment System 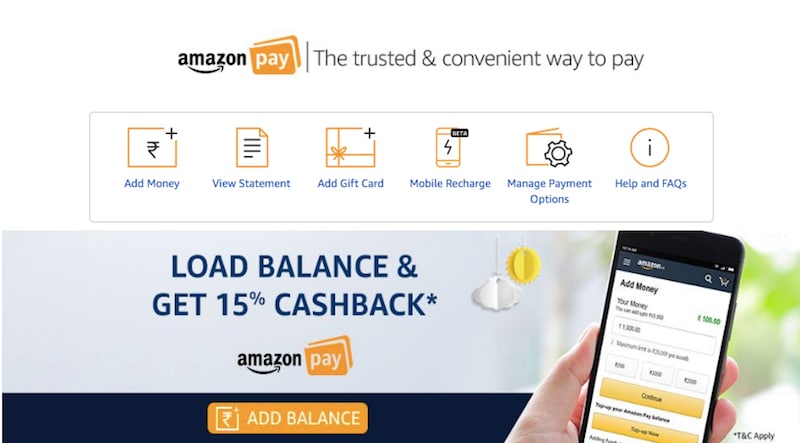 Amazon.com is offering to pass along the discounts it gets on credit-card fees to other retailers if they use its online payments service, according to people with knowledge of the matter, in a new threat to PayPal and card-issuing banks.

The move shows Amazon is willing to sacrifice the profitability of its payments system to spread its use. Swipe fees are a $90 billion-a-year (roughly Rs. 6 lakh crores) business for lenders such as JPMorgan Chase & Co. and Citigroup, networks including Visa and Mastercard, and payment processors like First Data and Stripe, which pocket a fraction of every sale when shoppers swipe cards or click "buy now."

The financial industry's fees amount to about 2 percent of a typical credit-card transaction, or 24 cents for debit. But big stores such as Amazon and Walmart have long been able to negotiate lower rates for themselves based on their massive sales volume. Now, Amazon is offering to pass its discount along to at least some smaller merchants if they agree to embrace its Amazon Pay service, said the people, who asked not to be identified because they aren't authorised to discuss the plan publicly.

An Amazon spokeswoman declined to comment. It couldn't be determined how many retailers have received Amazon's offer for discounts. The company typically tests such initiatives before rolling them out broadly.

Previously, online merchants using Amazon's service have paid about 2.9 percent of each credit-card transaction plus 30 cents, which is divvied up among Amazon, card issuers and payment networks. As part of its experiment, Amazon is offering to negotiate lower fees with merchants making long-term commitments to use the service, according to one person familiar with the matter.

Amazon is able to export the rates it has negotiated with banks and payment networks because, like PayPal, it's acting as a so-called payments facilitator. That means it aggregates smaller merchants to help them reduce the cost of accepting electronic payments.

Amazon Pay, which has attracted more than 30 million users since the company revived it in 2013, lets online shoppers log into their Amazon accounts from other websites, enabling them to complete the transaction using credit cards and delivery addresses already stored rather than having to enter them again. For Amazon, that means drawing additional revenue from e-commerce sales on other sites.

The service mostly appeals to smaller merchants who benefit from the trust shoppers place in Amazon, as well as minimising the data entry required to complete a mobile transaction. Customers include Gogo, which provides in-flight Internet access.

Merchants aren't eager, however, to share too much information with Amazon, which may compete with them to sell similar products on its own site. Amazon dominates the US e-commerce market, with 43.5 percent of all sales in 2017, according to EMarketer PayPal has emphasised its status as a non-retail competitor to differentiate itself.

Amazon Pay is among many products the company offers to get a piece of other retailers' e-commerce revenue. Merchants selling goods on their own websites can let Amazon handle warehousing, packing and shipping for a fee. Many find it cheaper to pay Amazon for logistics than do it on their own because they benefit from Amazon's volume shipping discounts.

Amazon's move is part of an escalating battle in the US between traditional financial firms and technology giants to develop a dominant digital payments system - akin to what Jack Ma's Alipay and Tencent Holdings's WeChat Pay have achieved in China.

Last month, Visa and Mastercard said they're teaming up on their own combined online checkout button, abandoning their separate Visa Checkout and Masterpass initiatives. For its part, Visa is betting there will be just one button at the online checkout in the future, Chief Executive Officer Al Kelly said on a conference call with analysts last month.

The networks' joint effort has been seen as a challenge to Amazon Pay, as well as to PayPal, which is considered the US leader in digital wallets with 237 million global accounts.

"There's way too much clutter in the e-commerce checkout environment, and it's just not good for users, and it's not good for merchants," Kelly said. The ultimate future, he said, is "a single button, which is much more analogous to the situation that you see in the physical world where there's a single terminal and all products run through that terminal."

Facebook Is Building a Dating App - but in Many Ways, It Already Is One
Facebook PyTorch 1.0 Announced, a New Open Source AI Development Framework